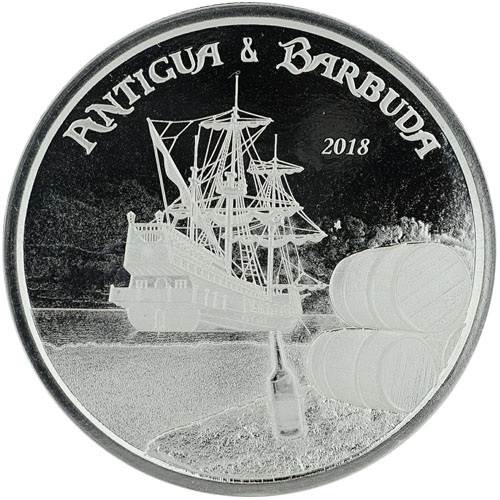 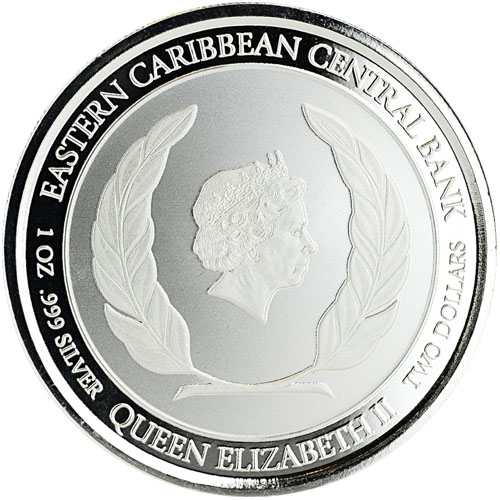 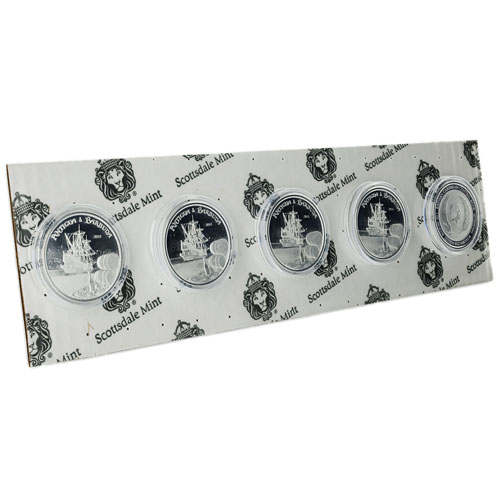 If there’s one thing that people commonly associate with the islands of the Caribbean Sea, it’s rum. There’s nothing finer than sitting beside the ocean with a cold rum-based drink to keep you cool, and the people of the Caribbean have lived on the bounty rum has brought local economies for hundreds of years. A new gold and silver coin collection from Scottsdale Mint launches in 2018 with the backing of the Eastern Caribbean Central Bank that highlights the region with unique coin releases for eight different island nations. Right now, 2018 1 oz Antigua & Barbuda Rum Runner Silver Coins are available to purchase online from JM Bullion.

Each 2018 1 oz Antigua & Barbuda Rum Runner Silver Coin in this listing is available to you in BU condition. The coins are packaged inside of a unique skin board containing 5 coins per board with the branding of the Scottsdale Mint featured on the board. This packaging allows you to keep all five coins encapsulated or break them up into individual coins without breaking the seal.

The 2018 1 oz Antigua & Barbuda Rum Runner Silver Coin is the first release in a planned series of eight coins. The collection is a first-of-its-kind collaboration between the Eastern Caribbean Central Bank and the Scottsdale Mint to issue gold and silver bullion coins on behalf of the eight member nations of the ECCB.

Known as the EC8, this collection will include coins for Antigua & Barbuda, Anguilla, Commonwealth of Dominica, Grenada, Montserrat, Saint Kitts and Nevis, Saint Lucia, and Saint Vincent and the Grenadines. The Rum Runner design is first up and focuses on the role of rum in the region’s history.

The reverse of the 2018 1 oz Antigua & Barbuda Coin includes the image of rum being prepared for shipment. Wooden barrels of rum and a half-empty bottle sit in the sand waiting to be loaded onto a frigate in the waters just offshore. The shipment of rum throughout the Caribbean, West Indies, and North America was often fraught with peril and the British Royal Navy frequently employed small ships to stop pirates from sneaking shipments into heavily taxed regions.

On the obverse of the Antigua & Barbuda Coin is the effigy of Queen Elizabeth II. This coin collection uses the fourth-generation right-profile portrait from Ian Rank-Broadley that was created in 1998.