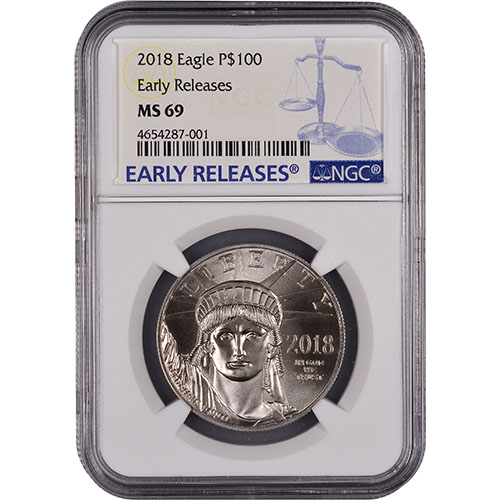 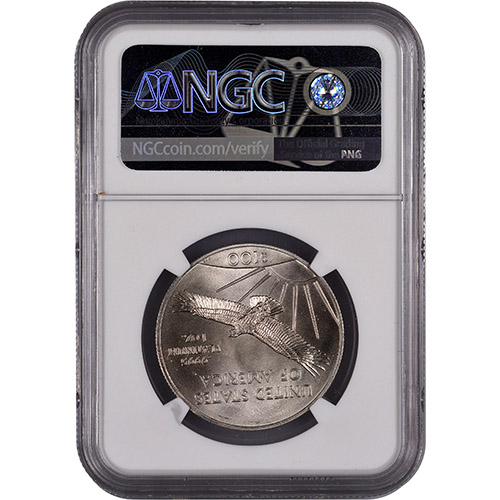 American Platinum Eagle coins are the official platinum coins of the United States. Introduced in 1997, the coins were the first addition to the American Eagle Series at the US Mint since the 1986 introduction of the silver and gold coins for sale. The 2018 1 oz American Platinum Eagle Coin is available to you online right now for purchase from JM Bullion.

The American Eagle Series of coins from the United States Mint features a similar design motif across all metallic versions of the coin. From the silver and gold variants to the newer platinum and palladium coins, the US Mint uses the image of Lady Liberty on the obverse face of the coins, accompanied by a bald eagle on the reverse.

On the obverse of the 2018 1 oz American Platinum Eagle coin is the image of Lady Liberty. This depiction is based upon the Statue of Liberty, and it features only the head of Liberty as she gazes off into the distant future with a watchful eye on the horizon. This design was created in 1997 by John Mercanti, a US Mint engraver who went on to serve as Chief Engraver of the US Mint from 2006 to his retirement in 2010.

The reverse of all American Platinum Eagle coins includes the design of a bald eagle created by Thomas D. Rogers. This eagle is depicted flying over the continent with the rays of the sun behind his bad as his wings spread out wide to support his gliding flight. Rogers was a US Mint engraver and artist, and his design featured here is the only to feature on both the bullion and proof versions of the Platinum Eagle.

All 2018 1 oz American Platinum Eagle coins available here are in near-perfect condition from the NGC. Coins with a grade of MS69 have full, original mint luster with a maximum of two minor detracting flaws. These flaws are limited to minuscule contact marks or hairlines visible only under magnification.

Early Release specimens are those which arrive at the NGC within the first 30 days of their 2018 release date, and this is denoted by the use of an ER label within the protective plastic slab provided by the NGC.

We encourage JM Bullion customers to contact us with questions. You can call us on the phone at 800-276-6508, chat with us live online, or email us directly.