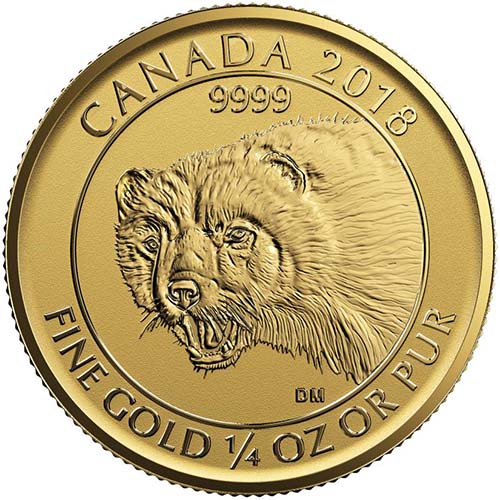 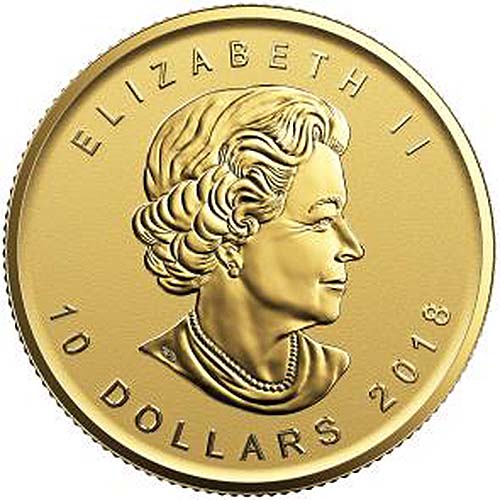 The Royal Canadian Mint produces some of the most elegant and sought-after gold coins for sale in the world. These products are often available in .9999 pure gold and feature designs that make them excellent as part of any collection. The Animal Portrait Series is among the newest collections, and continues with the wolverine release. Right now, 2018 oz Canadian Gold Wolverine Reverse Proof Coins are available to purchase online from JM Bullion.

Each of the 2018 oz Canadian Gold Wolverine Reverse Proof coins in this listing ships to you either in individual plastic packaging, or is available in a box of 800 coins in total. The coins of the Animal Portrait Series are struck with a reverse proof finish. The opposite of a traditional proof, these coins feature stunning, mirrored aspects to the design field and a frosted, matte finish to the background field.

As the 2nd coin in the Animal Portrait Series, the 2018 Canadian Gold Wolverine Coin focuses on the most ferocious member of the weasel family. Wolverines have a much stockier build than their relatives, highlighted by the bulkier bodies and thick necks. This stands in sharp contrast to the long, lean bodies of most weasels.

On the reverse of the 2018 oz Canadian Gold Wolverine Reverse Proof Coin is the depiction of a wolverine as it peers out at its prey. The wolverine has unique coloring in real life. It is predominantly brown in its fur coloring, but it has matching stripes of white that start at the neck and diverge down the back before converging at the base of the tail. Reverse designs in this series come from Canadian artist Denis Mayer Jr.

The obverse of all Canadian Gold Wolverine Reverse Proof Coins includes a portrait of Queen Elizabeth II. Her Majesty has appeared on all Canadian coinage since 1952, and this is the fourth-generation portrait of the Queen designed by Susanna Blunt in 2003.

All Canadian Gold Wolverine Coins are struck by the Royal Canadian Mint. Opened in 1908 in Ottawa, the official Canadian mint now operates a second facility as well in the city of Winnipeg.