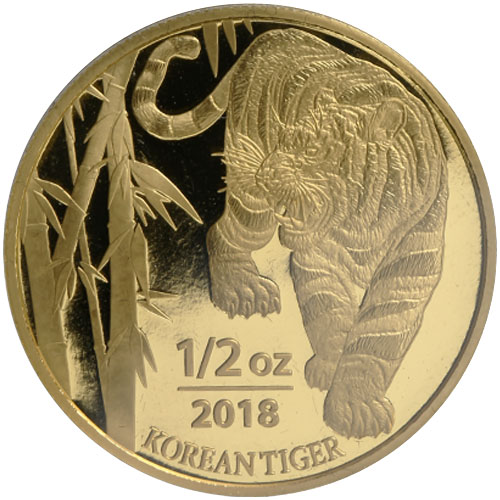 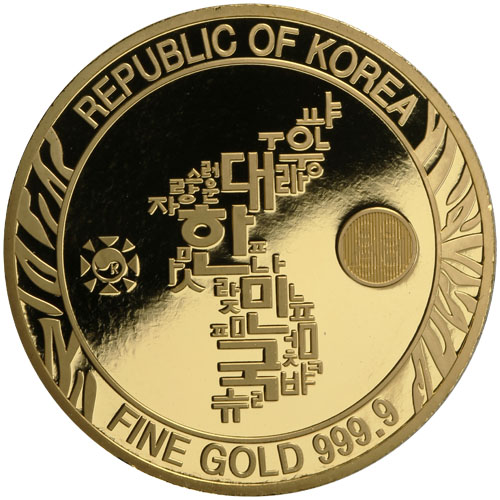 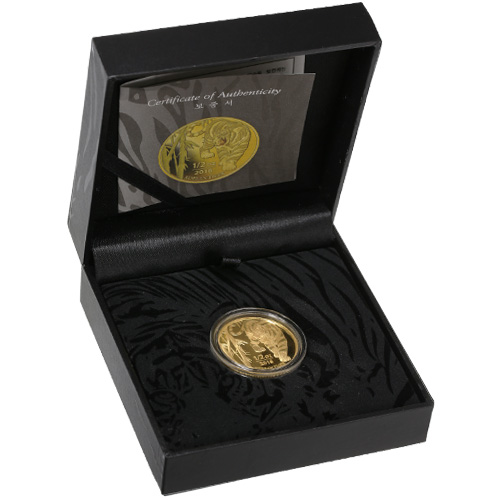 When buying gold from KOMSCO, youll find a lot of options waiting. KOMSCOs venture in major bullion began with the Chiwoo Cheonwang series in 2016 and has grown to include the Zi:Sin Series and the South Korean Tiger. Featuring the image of the national animal of South Korea, the series offers silver and gold medals for buyers. The 2018 1/2 South Korean Tiger Gold Medal is currently available to you for purchase online from JM Bullion.

KOMSCO launched the gold bullion version of the South Korean Tiger medals in 2016 with four weights available. A popular choice in gold collections, the series features 1 oz, 1/2 oz, 1/4 oz, and 1/10 oz options for investors. KOMSCO treats their South Korean Tiger Gold Medals uniquely in terms of packaging when compared to other programs.

The South Korean Tiger is, in reality, a Siberian tiger. Though the species is largely confined to a range in Far Eastern Russia and Northeast China today, it had a historical range that stretched to the far southern tip of the Korean peninsula. The last reported tiger in South Korea was hunted near Mount Daeduk in Gyeonju back in 1922.

On the reverse of 2018 1/2 oz South Korean Tiger Gold Medals is the image of the Korean peninsula. There is no demarcation in this artistic design between North Korea and South Korea. Instead, it uses the letters of the shared Korean alphabet to depict the culture of the Koreans in a singular peninsula design. The medals have a latent security image and national emblem of South Korea on this side.

The obverse of 2018 1/2 oz South Korean Tiger Medals includes the vision of a strong, lean Siberian tiger. This powerful beast, the largest of the tiger species, is featured stalking along a row of bamboo with its mouth open as a warning to its prey.

These 2018 1/2 oz South Korean Tiger Gold Medals are in Brilliant Uncirculated condition and come with distinct packaging. Each individual medal is housed in a capsule and set in a KOMSCO display box. The gold medals also come with a Certificate of Authenticity.

We encourage JM Bullion customers to call us with questions at 800-276-6508. You also have the option to reach out to us online using our live chat and email address features as well.