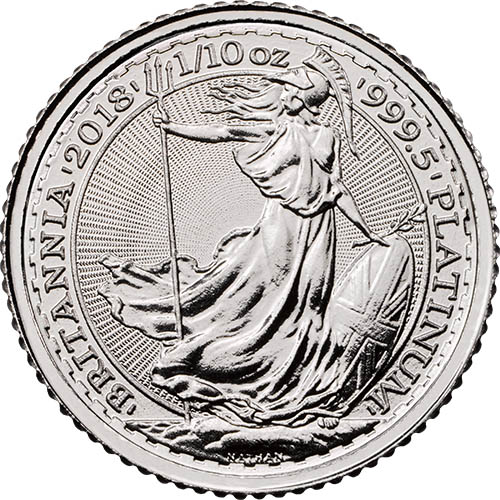 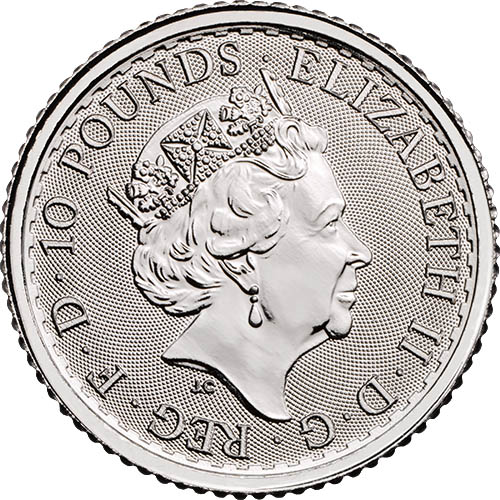 The most popular bullion coin series from the Royal Mint is the Britannia, which has been available in gold and silver over the last three decades. Fresh off a 30th anniversary celebration of the design’s bullion debut, the 2018 issue of the coin gets an exciting addition with the debut of a new platinum coin in the series. Right now, 2018 1/10 oz British Platinum Britannia Coins are available to purchase online from JM Bullion.

Each of the individual 2018 1/10 oz British Platinum Britannia Coins you can purchase through this listing is available in BU condition. Coins in BU condition exhibit no indications of wear and tear from handling, though you may notice minor flaws from the coining process. These flaws are limited to breaks in the luster, spotted surfaces, and contact marks.

The Royal Mint had a banner year in 2017 for its Britannia Series, celebrating the 30th anniversary issue of the Gold Britannia and the 20th anniversary of the Silver Britannia coins. Issued first in 1987 and 1997 respectively, the Royal Mint now expands the series into new metals for the first time with platinum coins in the collection.

All of the original artwork of Britannia is transferred to the platinum collection of the coins. The 1987 design of Britannia created by Philip Nathan captures here as many Britons envision her: a guardian. She is depicted standing at the coast ready to defend the British Isles from outside invaders. She is clad in a flowing robe with a Corinthian cap, wields a trident for control of the seas in her right hand, and blocks out invaders with her shield bearing the Union Jack in the left hand.

The obverse of the 2018 1/10 oz British Platinum Britannia Coin features the new fifth-generation portrait of Queen Elizabeth II for British coinage. Developed in 2015 by Royal Mint Engraver Jody Clark, this captures the Queen at age 89 and replaces the Ian Rank-Broadley design that had been in use for nearly 20 years.

On the reverse of the British Platinum Britannia Coin is the aforementioned image of Britannia. Relatively new in the Britannia Series, the background field on this side behind Britannia includes a radial sunburst design that not only enhances the visual appeal of the coin, but adds a layer of anti-counterfeiting protection.