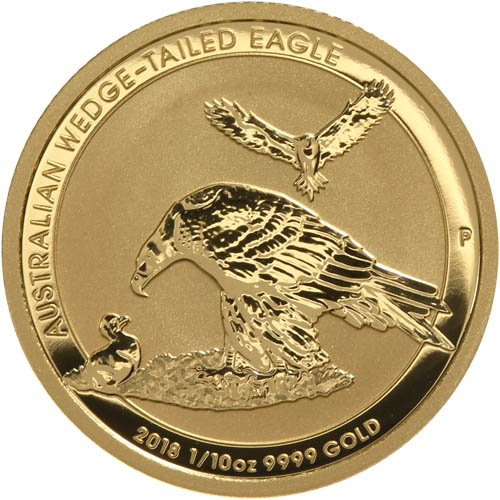 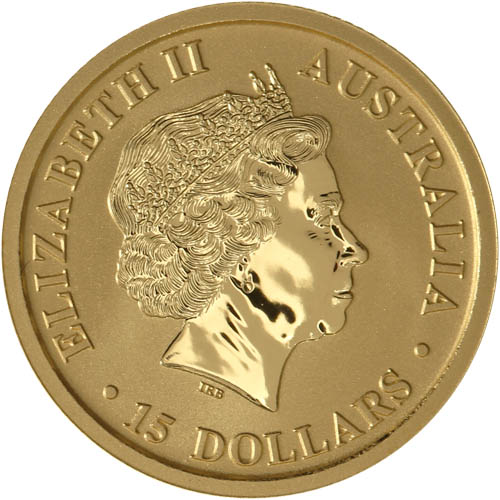 The Australian Wedge Tail Eagle coin design is a beautiful combination of Australian coining and American design. The series is well-known for its silver coin releases, but not all investors are aware of the one-tenth ounce gold version bearing the same designs. Now is your opportunity to purchase a 2018 1/10 oz Australian Gold Wedge Tail Eagle Coin from JM Bullion.

Australian Wedge Tail Eagle coinage debuted in 2014 from the Perth Mint and marked a significant collaboration with a man known for contributing to another major series of eagle-themed bullion coinage. John Mercanti, the 12th Chief engraver of the United States Mint, joined with the Perth Mint in 2014 to create a design for the debut of the Wedge Tail Eagle Series.

Available to purchase in silver and gold, the Wedge Tail Eagle has gone through three design iterations through 2018. The 2014 date mark was the debut for the series and that design was used in both 2014 and 2015. In 2016, the Perth Mint debuted a new design of the wedge tail eagle from Mercanti. The image was used in 2016 and 2017. That makes this 2018 Australian Gold Wedge Tail Eagle the third design in the third year of availability for the coins in this gold weight.

On the obverse of 2018 1/10 oz Australian Gold Wedge Tail Eagle Coins is the image of Queen Elizabeth II. Her Majesty is depicted here in right-profile relief in the fourth-generation design from the Royal Mint of England. Considered one of the most regal depictions of the Queen, this design was created in 1998 by Ian Rank-Broadley.

The reverse side of 2018 Australian Gold Wedge Tail Eagle coins includes the third design in the series. For this release, Mercanti developed the image of three wedge tail eagles in a family. There is a small hatchling in a nest with an adult resting in the nest and tending to it. In the distance, another wedge tail eagle returns to the nest with its wings spread to their fullest.