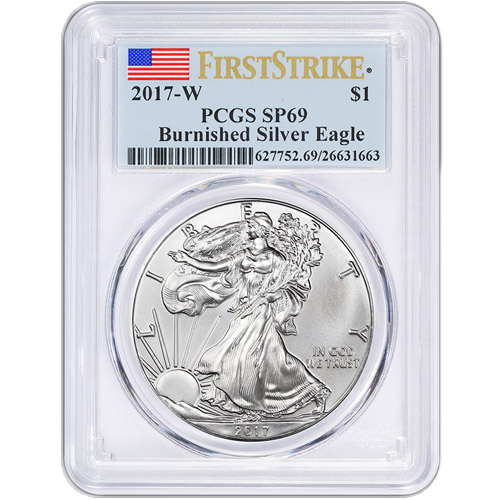 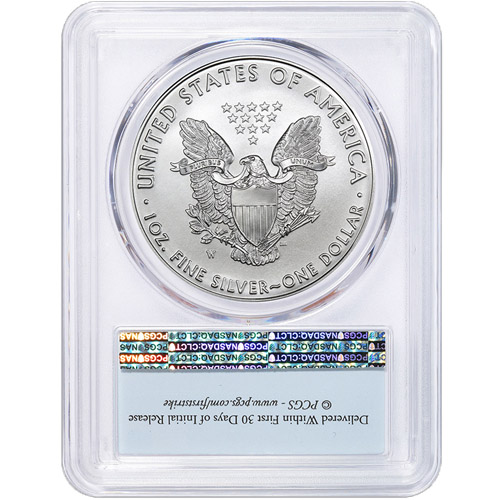 Burnished American Silver Eagle coins were introduced by the United States Mint in 2006. This marked the first-ever expansion of the program, which had previously featured only a 1 oz coin in bullion and proof versions dating back to 1986. This expansion came on the 20th anniversary of the coin programs introduction.

On the obverse youll find the image of Walking Liberty. Considered one of Americas greatest designs ever, it was created in 1916 by Adolph A. Weinman and previously featured on the obverse of the Walking Liberty Half Dollar coin from 1916 until 1947.

The reverse of all Burnished American Silver Eagle coins includes John Mercantis refined depiction of the heraldic eagle of the United States. The eagle is set behind the nations heraldic shield, with 13 stars arranged above its head to represent the original colonies that formed the United States.

Each Burnished American Silver Eagle coin has a mint mark struck on its reverse face. The West Point Mint is the exclusive production home of the Burnished Silver Eagle, and its W mint mark features on all coins.

Please feel free to contact JM Bullion with your questions. Our team members are available at 800-276-6508, online using our live chat, and via our email address.