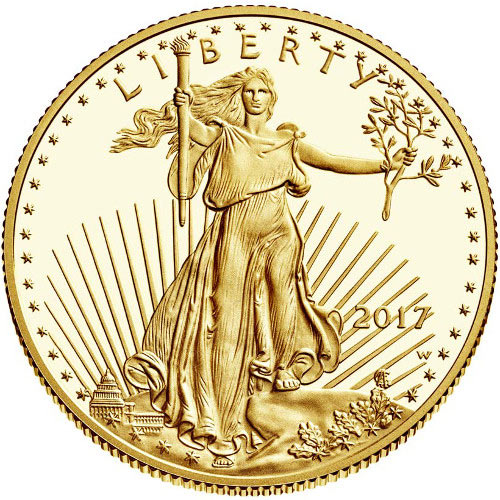 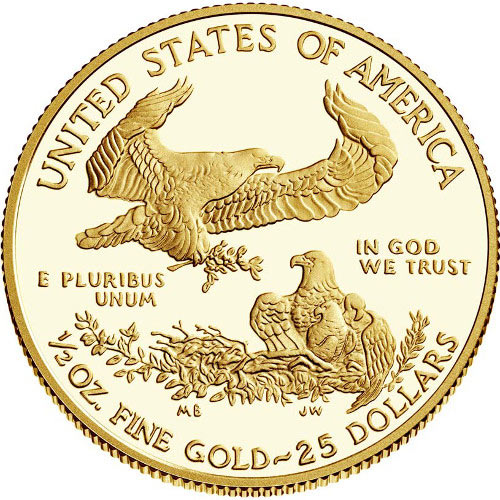 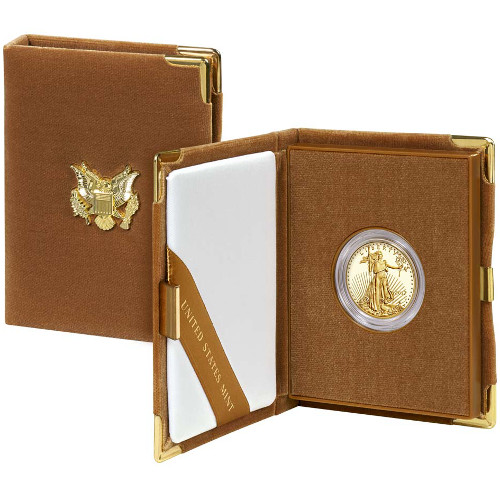 One of the most diverse and popular gold coins in the world is the American Gold Eagle, the official gold coin of the United States, which is available in bullion, proof, and burnished versions. Featuring images of Lady Liberty and the American bald eagle, this coin is symbolic of Americas freedom, power, and majesty. Today, the 2017-W oz Proof American Gold Eagle Coin is available to purchase online from JM Bullion in its original US Mint box.

Production of the Proof American Gold Eagle began in 1986, but only the 1 oz coin was offered that year. These oz Proof Gold Eagles were introduced one year later in 1987, with the oz and 1/10 oz coins debuting in 1988.

On the obverse of 2017 oz Proof American Gold Eagles youll find that historic image of Lady Liberty created by Saint-Gaudens. His original image in 1907 featured Liberty surrounded by 46 stars, as the nation had only 46 states at the time. By the time it appeared on the $20 Gold Double Eagle, two stars were added for Arizona and New Mexico. This coin features 50 stars, reflecting the post-World War II additions of Hawaii and Alaska to the Union.

The reverse of each 2017 oz Proof American Gold Eagle Coin bears Miley Busieks image of a family of bald eagles. In her depiction, a male bald eagle is shown flying over the nest, which holds a group of hatchlings that are watched over carefully by a female eagle.

Please direct your questions to a JM Bullion customer service associate at 800-276-6508. You can also contact our team online using our live chat and email address.