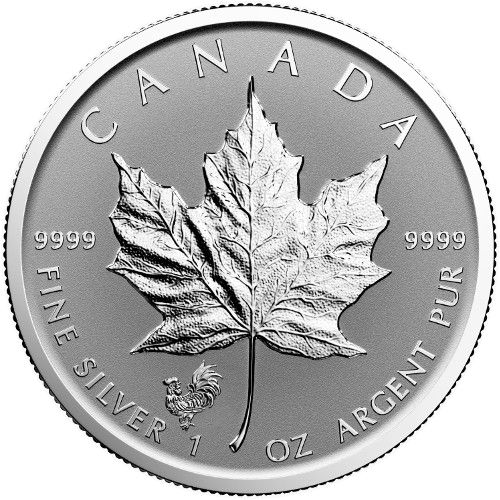 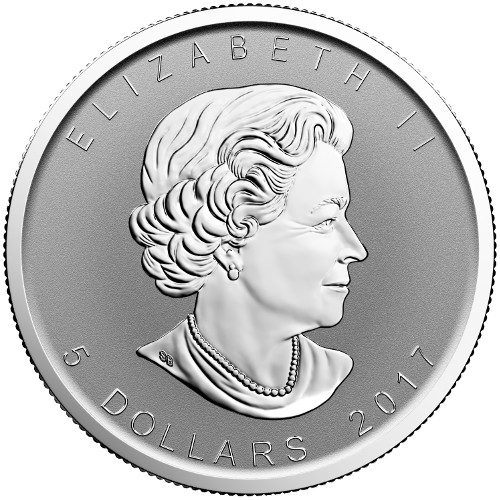 2017 is the Year of the Rooster, and mints around the globe celebrate with the release of silver and gold coins featuring unique designs to commemorate the current animal on the Chinese Lunar Calendar. The Royal Canadian Mint has not only its own product lineup of lunar coins, but also with a privy on its popular sovereign bullion coin. Today, the 2017 Rooster Privy Canadian Silver Maple Leaf Reverse Proof coin is available from JM Bullion.

Canadian Silver Maple Leaf coins are the official bullion product of the Royal Canadian Mint and the Canadian nation. The coin features the iconic sugar maple leaf, which is not only on these popular bullion coins but also the nation’s official flag.

The reverse of these Canadian Silver Maple Leaf coins includes not only the traditional sugar maple leaf coin, but also the rooster privy in the lower-left field of the design set. It is meant to honor the Year of the Rooster on the Chinese Lunar Calendar, and the Royal Canadian Mint has capped mintage of these coins at a maximum of 100,000.

Founded in 1908, the Royal Canadian Mint was opened to give the Canadian nation greater minting independence so it didn’t have to rely on the Royal Mint of London. Today, it operates its original facility in Ottawa along with a secondary facility in Winnipeg.

Please direct your questions about these coins to a JM Bullion associate at 800-276-6508, connect with us online through our live chat, or email us directly.