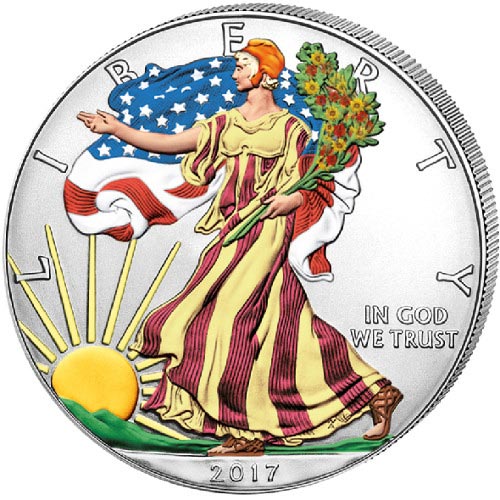 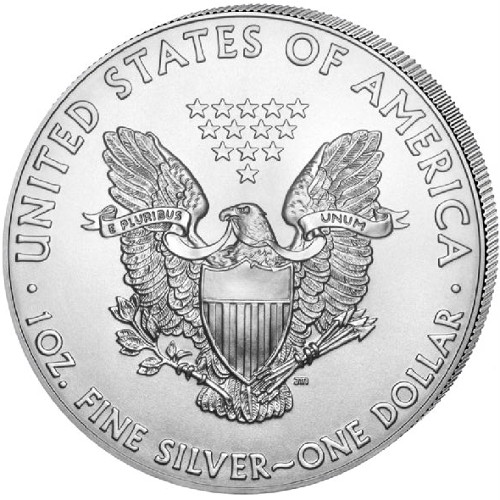 The American Silver Eagle coin is highly coveted among investors. The official silver bullion coin of the United States, each one has its silver content and face value backed by the faith of the US federal government. The 2017 1 oz Colorized American Silver Eagle Coin is available to you now online from JM Bullion with commemorative box and Certificate of Authenticity.

American Silver Eagle coins have been a fixture of the precious metals marketplace since their 1986 introduction. While the popularity of the coins ebbed and flowed through its early history, recent years have seen the coin enjoy unprecedented levels of demand. 2014 saw a record sales year of 44 million coins, while 2015 broke that record with 47 million coins sold.

On the obverse of all 2017 American Silver Eagle coins is Adolph A. Weinmans unforgettable Walking Liberty design. Created in 1916, it featured on the Walking Liberty Half Dollar circulation coin through 1947, and was revived and modernized in 1986 for use on the nations official silver bullion coin.

The reverse of 2017 American Silver Eagle coins includes the heraldic eagle of the United States. This design of the American bald eagle set behind the nations heraldic shield, clutching arrows in one talon and an olive branch in the other has been used on various American coins since 1794.

Through this unique offering you can purchase a 2017 1 oz Colorized American Silver Eagle coin courtesy of Emporium Hamburg, a third-party authorized coin dealer in Germany. These coins feature one of the most elaborate colorizations in the entire six-coin program offered by Emporium Hamburg. The American flag draped around her shoulders features brilliant red, white, and blue colors, while the yellow sun setting in the corner.

Your 2017 1 oz Colorized American Silver Eagle coin ships special for this particular product. Each one is in BU condition. Coins in BU condition have no signs of wear and tear, though you may notice minor flaws such as breaks in the luster, spotted surfaces, or contact marks from coining at the mint.

We encourage all JM Bullion customers to contact us on the phone at 800-276-6508 with questions. You can also reach out to us on the web using our live chat and email features. Be sure to check our charts for spot price.