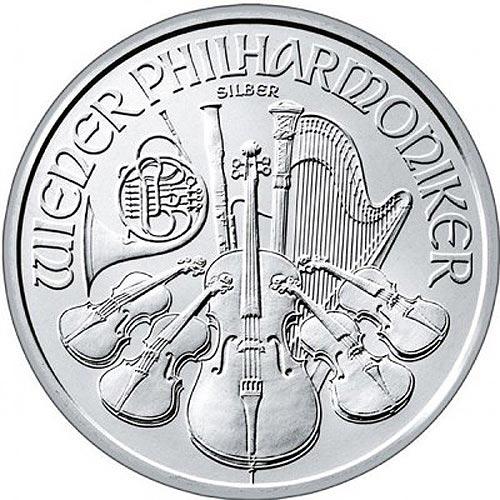 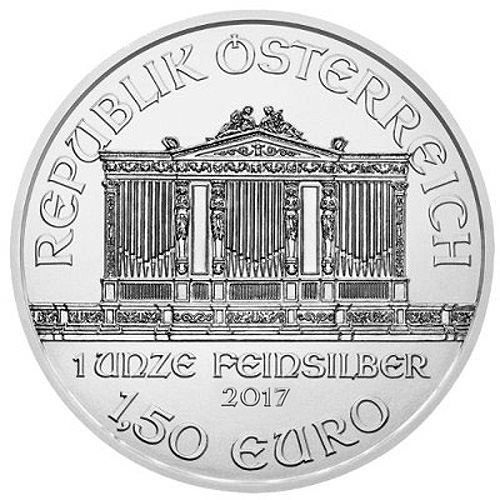 The Vienna Philharmonic Orchestra is one of the great cultural gifts to the world today, and while its musicians have inspired generations, its importance to the nation of Austria is captured brilliantly on the nations official sovereign coin. The 2017 Austrian Silver Philharmonic Coin is available to purchase today from JM Bullion.

Each 2017 Austrian Silver Philharmonic Coin in this listing is in BU condition. Coins in BU condition show no signs of wear and tear, however it is possible that youll find minor flaws ranging from breaks in the luster and spotted surfaces to contact marks from striking during the production process.

Austrian Silver Philharmonic coins were introduced in 2008 as the official silver version of the national bullion coin program, which itself launched in 1989 with the Austrian Gold Philharmonic coin. Chief Engraver of the Austrian Mint, Thomas Pesendorfer, designed the obverse and reverse images for the gold coin in 1989 and they continue in use on the silver coin today.

On the reverse of the Austrian Silver Philharmonic Coin is the collection of musical instruments that represents those used by members of the Vienna Philharmonic Orchestra. The image includes a harp, four violins, cello in the center, flute, bassoon, and a French horn.

The obverse of the 2017 Austrian Silver Philharmonic Coin includes the image of the pipe organ found inside the Musikverein Golden Concert Hall, which is located in the Innere Stadt neighborhood of Vienna, the national capital of Austria. Text engravings on both sides of the coin are in German, the official language of Austria.

Austrian Silver Philharmonic coins are the most popular sellers in Europe right now, exploding in popularity from 7.7 million coins sold upon their debut in 2008 to 17.8 million coins at their peak in 2011. These coins do have a face value in Euros, but are only considered legal tender in Austria.

The Austrian Mint, founded in 1194 by Duke Leopold V, is located in Vienna and is responsible for the production of Austrian coinage. It is a publicly limited company and subsidiary of the National Bank of Austria.

We encourage JM Bullion shoppers to contact us with questions. You can reach our customer service team at 800-276-6508, chat with us live online, or email us directly.

Rick from OH - March 03, 2017
"My 2017 Austrian Philharmonic coins arrived today, and they are beautiful! This is my first 20-coin roll from the Austrian Mint and it doesn't disappoint. As usual, my roll was securely wrapped & arrived in perfect condition. Thank you, JM Bullion for excellent prices and delivery every time!"