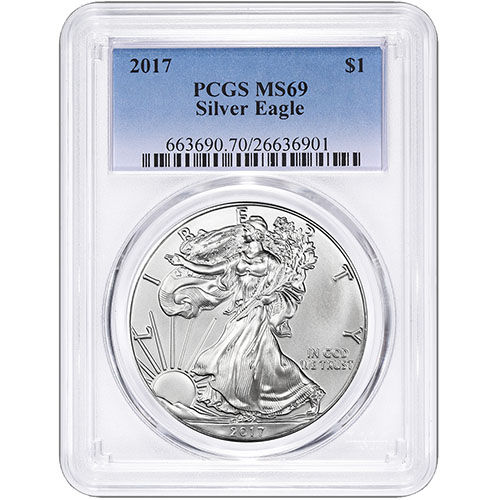 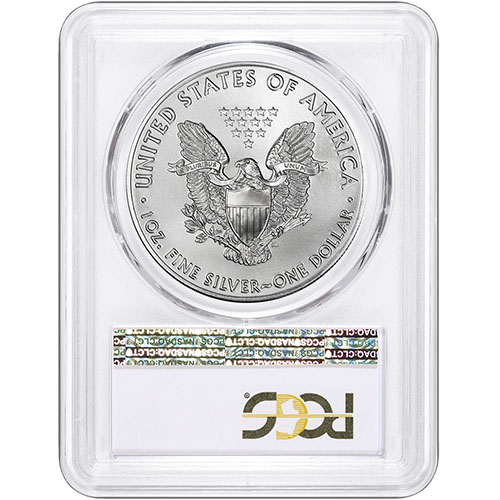 The official silver bullion coin of the United States is the American Silver Eagle, which bears an iconic image found on early 20th century American coinage. All American Eagle coins feature images of Liberty on one face and the American bald eagle on the opposite side. The 2017 American Silver Eagle Coin is now available online from JM Bullion with certification from the PCGS.

American Silver Eagle coins were produced for the first time by the US Mint in 1986 following passage of the Liberty Coin Act in 1985. Like its gold counterpart, the Gold Eagle, the American Silver Eagle features an iconic image from American coinage on the obverse side, with a modern interpretation of a classic American symbol on the reverse.

On the obverse face of the 2017 American Silver Eagle coin is Adolph A. Weinman’s Walking Liberty design. In Weinman’s design, Walking Liberty is featured in full-length figure, with the American flag draped over her shoulders as she walks toward the setting sun, a symbol of the nation’s constant strive for a brighter future.

The reverse side includes US Mint Chief Engraver John Mercanti’s heraldic eagle depiction. Mercanti’s design shows a bald eagle set behind a heraldic shield, clutching arrows and an olive branch in its talons, with 13 stars arranged in a triangle above its head to honor the original American Colonies.

Each of the 2017 American Silver Eagle coins in this JM Bullion product listing is available in Mint State 69. When the PCGS issues a coin a grade of MS69, it identifies that coin as a near-perfect product. Each coin has its full, original mint luster, and a maximum of two minor detracting flaws such as minuscule hairlines or contact marks.

We encourage all JM Bullion customers to reach out to us with questions. You can contact our team members on the phone at 800-276-6508, or connect with us online using our live chat and email services.