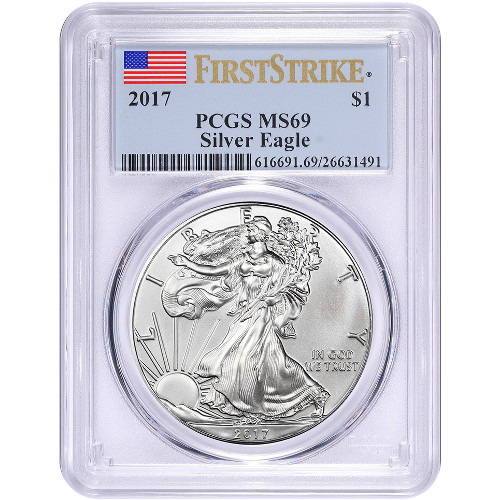 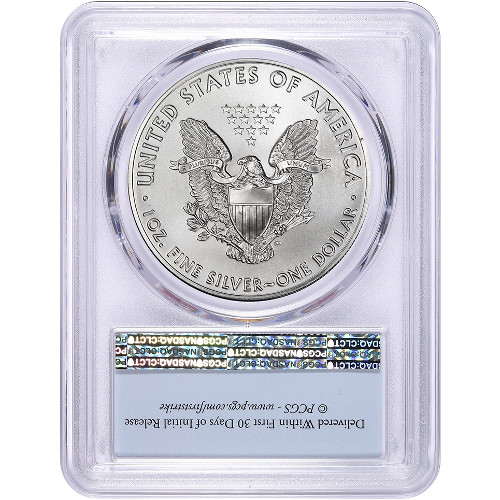 No coin can claim the volume of production or popularity of the American Silver Eagle. The official silver bullion coin of the United States, this product sells in stunning volume on a regular basis right now because of intense demand for precious metals and the up-and-down nature of markets. The 2017 1 oz American Silver Eagle Coin is available today online from JM Bullion.

The American Silver Eagle Coin is, like many other silver bullion products, available only in a 1 oz weight with a nominal face value backed by the federal government. American Silver Eagles debuted in 1986, and are currently available from the US Mint in bullion, proof, and uncirculated versions, the latter of which were introduced in 2006 on the 20th anniversary of the program.

On the obverse of the 2017 American Silver Eagle you’ll find the Walking Liberty design, created in 1916 by Adolph A. Weinman for use on the nation’s half-dollar coin. The image of Walking Liberty originally appeared on the Walking Liberty Half Dollar from 1916 to 1947, and depicted Liberty as she walked forward into the future with the American flag draped around her shoulders.

Each of the 2017 1 oz American Silver Eagle Coins in this collection is in near-perfect condition according to the PCGS. Coins with an MS69 grade have full, original mint luster and feature a maximum of two minor detracting flaws. These flaws are limited in scope to miniscule hairlines or contact marks and limited in range to those areas outside the primary focal fields of the coins surface.

The First Strike designation identifies a coin received by the PCGS or an approved third-party depository within the opening 30-day window for release of the 2017 American Silver Eagle, as set by the United States Mint.

We encourage all JM Bullion customers to reach out to us with questions. You can contact our customer service team at 800-276-6508, chat with us live online, or simply send us an email.