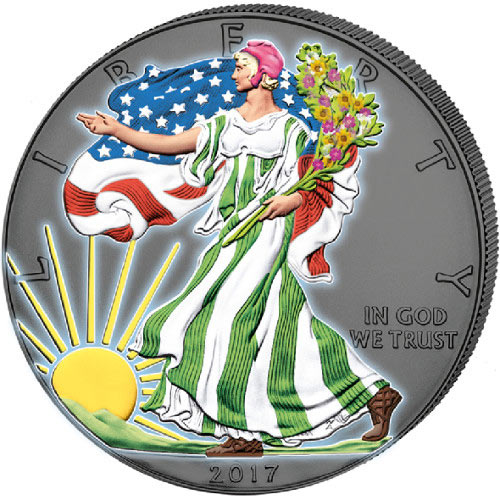 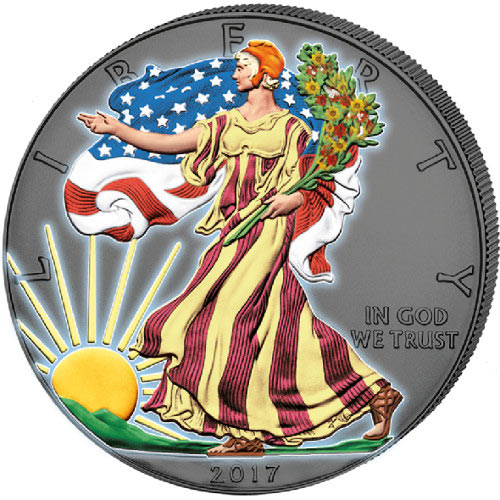 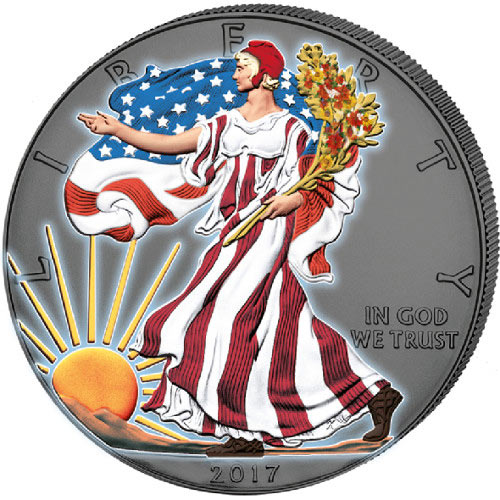 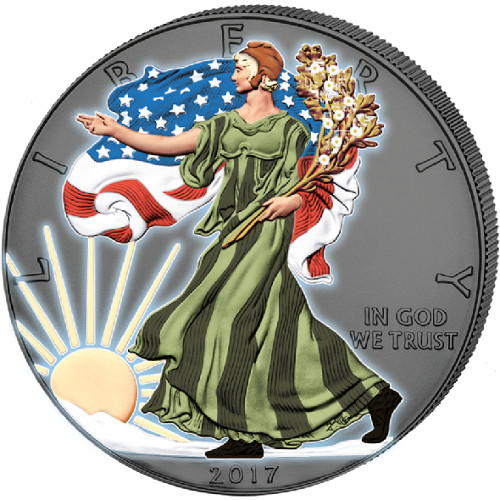 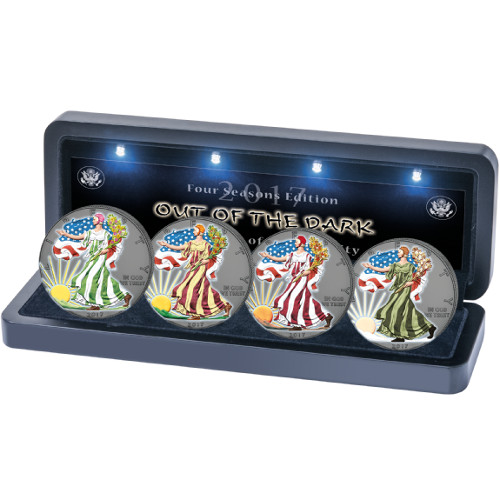 The American Silver Eagle Four Seasons Coin Set is a unique option for numismatists looking for silver coins for sale. Embellished by Emporium Hamburg in Germany, this coin set brings Walking Liberty to life in a brand-new light that reflects her image in the changing seasons of the world. The 2017 American Silver Eagle Out of the Dark Four Seasons Coin Set is available to purchase today online from JM Bullion.

Colorization varies from one coin to the next. For instance, the winter coin features a pale yellow sun in the lower left with snow-capped hills in the far distance at her feet, and Liberty is draped in a dark green dress. The summer coin, but contrast, has warm hues of red and gold in her dress, with a rich, yellow sun and lush green hills.

The reverse of these 2017 American Silver Eagle coins includes the Heraldic Eagle of the United States. Developed in 1794 on original coinage from the Philadelphia Mint, it has been updated numerous times in American history and features on this coin as a modern design from John Mercanti, then-US Mint Chief Engraver.

Each 2017 Silver Eagle in this coin set is in BU condition. Coins in this condition show no signs of wear and tear, though you may notice minor flaws ranging from breaks in the luster and spotted surfaces to contact marks from the production process at the mint.

Originally produced by the United States Mint, these coins were colorized and boxed by Emporium Hamburg. The Out of the Dark box includes four lights situated above each coin when you open your box for ideal display in all lighting elements.

We encourage all JM Bullion customers to contact us on the phone at 800-276-6508, chat with us live online, or simply send us an email.