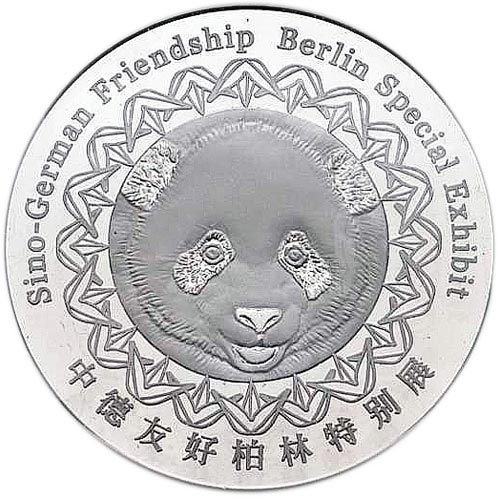 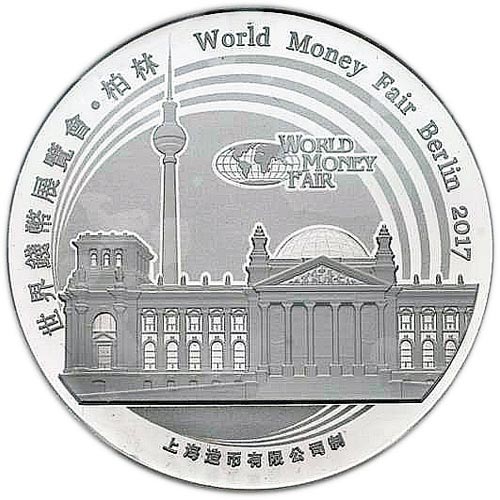 Chinese Silver Panda coins started life as a proof coin, and spent three years on the market available only in a collectors version. Since 1987, the Chinese Mint has regularly produced a 1 oz Chinese Silver Panda bullion coin. As part of a special, limited-edition release, today you can purchase the 2017 8 Gram World Money Fair Commemorative Panda Silver Round online from JM Bullion.

The 2017 World Money Fair in Berlin, Germany marked the 46th edition of the popular money fair. The ran from February 2nd to February 5th, and in the previous year had featured a total of 330 exhibitors and a guest total in excess of 15,000 visitors during the three-day precious metal bonanza.

Each year since 1984, the Chinese Mint has used money fairs as an excellent launching pad for the Chinese Panda coin program, debuting new designs and even striking commemorative silver rounds for release at these marquee events around the globe. Among them was the 2017 8 Gram World Money Commemorative Panda Silver Round produced specifically for the 2017 World Money Fair in Berlin.

While Chinese Silver Panda rounds are nothing new on the money fair circuit, this 8 Gram Silver Panda is certainly a change of pace. Designed by Shanghai Mint designer Yu Min, who also created the 2016 1 oz World Money Fair Commemorative Panda Silver Round, it features a celebration of Sino-German friendship.

The reverse of all 2017 8 Gram World Money Fair Commemorative Panda Silver Rounds includes the image of the German Parliament building, along with Berlins famous TV tower in the background and the official logo of the World Money Fair. There are also engravings in both English and Chinese.

On the obverse is the image of a Giant Panda, but unlike many of the silver bullion coins from the Chinese Mint, this particular design includes only the face and head of the panda. Engravings include Sino-German Friendship and Berlin Special Exhibit, along with those same engravings in Mandarin Chinese.

The Chinese Mint is a government-run facility that coordinates with the Peoples Bank of China to produce bullion, proof, and circulation coinage for the country. Chinese Mint facilities do not issue mint marks to denote where products are struck and distributed from.

We encourage all JM Bullion customers to contact us with questions. You can reach our customer service team on the phone at 800-276-6508, chat with us live online, or simply email us. You can also visit our website to find the latest price of silver.