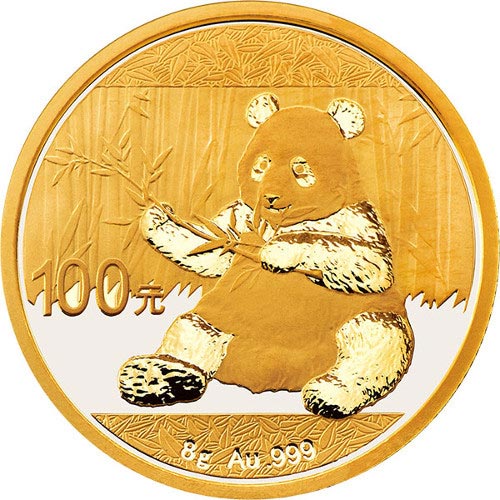 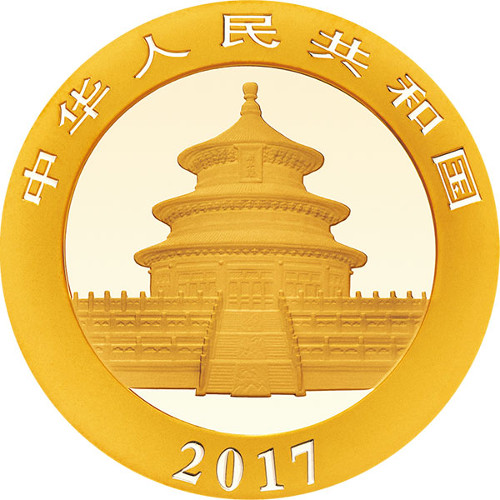 Chinese Gold Panda coins are in the pantheon of popular bullion coin releases right alongside the Canadian Gold Maple Leaf, American Gold Eagle, and countless other popular gold bullion coin issues. There are a few factors that make the Gold Panda different from its counterparts, and well worth investing in as a result. The 2017 8 Gram Chinese Gold Panda Coin is available now from JM Bullion.

The Chinese Gold Panda is a lot like its competing gold bullion releases in that it is available on an annual basis from a sovereign mint. The coins are available in gold with a fractional weights, as well as weights that exceed 1 oz, much like a number of other programs.

However, the Chinese Gold Panda coin was the first bullion coin program in the world to introduce a new obverse, primary design to the surface each year. While the Canadian Maple Leaf and American Eagle use the same design each year, the panda imagery on these coins changes each year. Additionally, in 2016 the Chinese Gold Panda became the first major bullion coin in the world to feature all weights in Grams, rather than Troy ounces.

Each 2017 8 Gram Chinese Gold Panda Coin in this listing is in BU condition. Coins in this condition show no signs of wear and tear, however you may notice minor flaws that include breaks in the luster, spotted surfaces, or contact marks from the coining process.

The obverse of the Chinese Gold Panda Coin features the design of a Giant Panda, an herbivore species of bear that is endemic to the central and southern highlands of China. These pandas are widely associated with the nation and considered an unofficial emblem of the Chinese.

On the reverse of the 2017 8 Gram Chinese Gold Panda is the outer facade of the Temple of Heaven. Constructed in Beijing in the 15th century, the building was part of a larger religious complex where emperors would worship and social gatherings would occur throughout numerous ruling dynasties.

The Chinese Mint strikes all Chinese Gold Panda coins for the People’s Republic of China. Controlled by the People’s Bank of China, the mint also produces circulation currency for the nation.