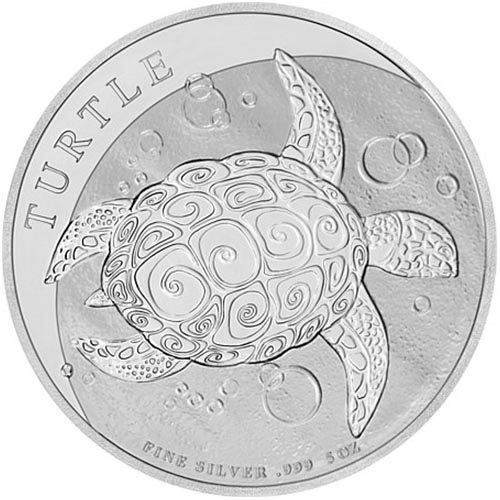 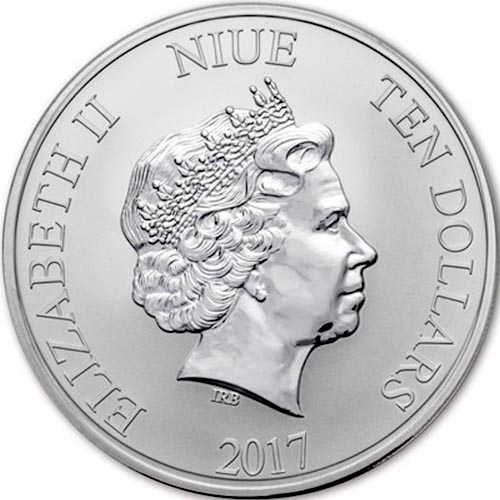 The Niue Hawksbill Turtle coin is the continuation of the popular Fiji Taku coin that was introduced in 2010. The coin series features the same reverse design each year, even across the switch over from Fiji to Niue. The Hawksbill Turtle Silver Coin honors one of the South Pacifics most beautiful native species. Right now, 2017 5 oz New Zealand Silver $10 Niue Hawksbill Turtle Coins are available to purchase from JM Bullion.

Each 2017 5 oz New Zealand Silver $10 Niue Hawksbill Turtle Coin is available in BU condition. Coins in BU condition exhibit no signs of wear and tear, but minor flaws are also possible. These include breaks in the luster, spotted surfaces, or contact marks from the coining process.

Niue Hawksbill Turtle Silver Coins debuted in 2014, right after the Fiji Taku coin was discontinued as a coin of issue for that nation. Politically instability had long plagued Fiji, and the coin was removed and re-issued the following year for the island nation of Niue instead. However, the design theme carried over.

Now known as the Hawksbill Turtle, the design on the obverse of the coin remained the same and the reverse design changed to the most recent effigy of Queen Elizabeth II in use on commonwealth coins at the time. The 5 oz New Zealand Silver Niue Hawksbill Turtle is the largest coin in the series.

On the reverse of all 2017 5 oz New Zealand Silver Niue Hawksbill Turtle Coins youll find the image of the turtle itself. This particular species of marine turtle exist throughout the tropical reaches of the Atlantic, Indian, and Pacific Oceans. Their name comes from the narrow, pointed beak on their face.

The obverse of all Niue Hawksbill Turtle Coins includes the right-profile portrait of Queen Elizabeth II. Her Majestys effigy appears on the obverse of all British and commonwealth coins, with this particular design originating in 1998 from Ian Rank-Broadley as the fourth-generation depiction of the Queen.

All Niue Hawksbill Turtle Coins are a product of the New Zealand Mint. The NZ Mint previously offered these for Fiji, and continued the program for the nation of Niue as of 2014.

If you have any questions, please dont hesitate to ask. JM Bullion customer service is available at 800-276-6508, online using our live web chat, and via our email address. You can browse our full catalog of silver coins for sale online at any time!