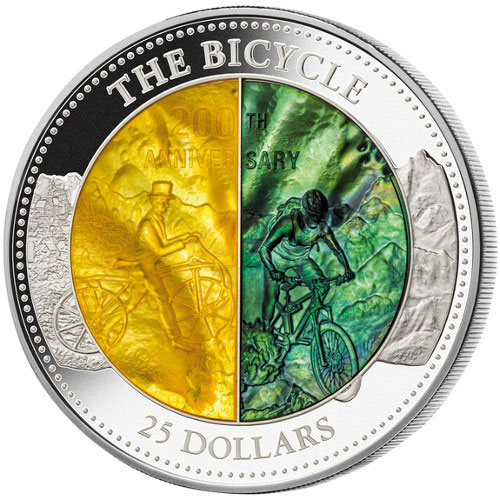 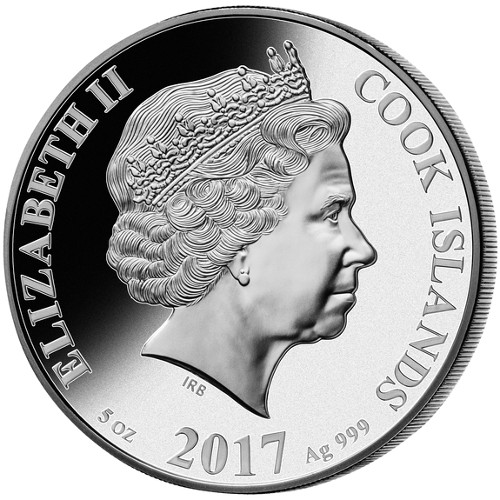 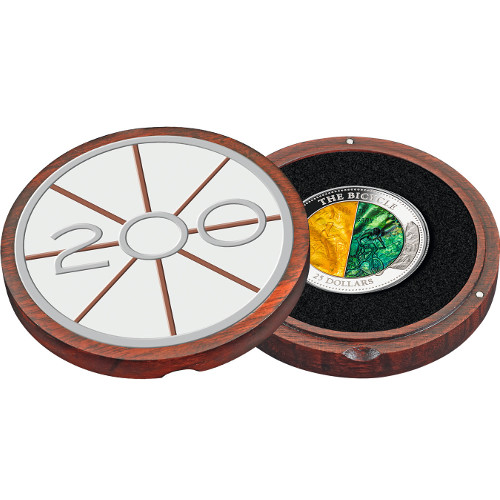 Its one of the simplest things people learn to do in their life. So simple in fact, that when you have to remember something you havent done in a while, its often referred to as being as easy as riding a bike. The bicycle was invented 200 years ago, and MDM celebrates with a stunning Mother of Pearl homage to the bike. Right now, the 2017 5 oz Proof Cook Islands Mother of Pearl Bicycle Silver Coin is available to purchase from JM Bullion.

Referred to as a bike or cycle, the bicycle was introduced in Europe in the 19th century. Originally known as the Draisienne, the first two-wheeled means of transportation was developed by a German man named Baron Karl von Drais, and was introduced to the public in Mannheim in the summer of 1817, and one year later in Paris.

2017 marks the 200th anniversary of the bicycle. To date, there have been more than 1 billion bicycles produced in the last two centuries, which is more than double the number of automobiles that have been produced around the world.

The obverse of the Mother of Pearl Bicycle Coin includes the right-profile portrait of Queen Elizabeth II. Created in 1998 by Ian Rank-Broadley, this fourth-generation depiction of the Queen is the current effigy in use on British, Australian, and other commonwealth nations coins.

All 2017 5 oz Proof Cook Islands Mother of Pearl Bicycle Coins ship inside of circular, wooden boxes with a 200th anniversary theme for the bicycle that includes wheel spokes. There is an individual Certificate of Authenticity available with each coin.

If you have any questions about this coin, please feel free to contact JM Bullion. You can reach out to our customer service team at 800-276-6508, connect with us live online, or email us directly. View similar products on our World Silver Coins page.