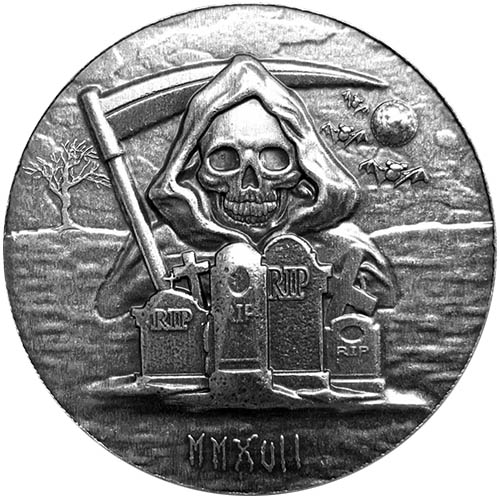 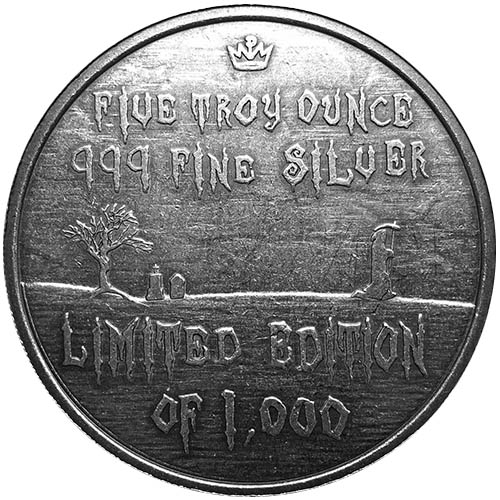 There are few images scarier in Western society than that of the Grim Reaper. Known as the human personification of death, the Grim Reaper comes for the souls of the living when their time on Earth has come to an end. Whether youre ready or not, the Grim Reaper will take you to the afterlife. Right now, the 2017 5 oz Monarch Grim Reaper Silver High Relief Round is available to purchase online from JM Bullion.

Each of the 2017 5 oz Monarch Grim Reaper Silver High Relief Rounds in this listing ships to you in protective plastic to ensure the pristine condition of the silver round. The mintage of just 1,000 rounds marks a limited edition release for Monarch Precious Metals.

Further, each of these rounds has an antique finish to drive home the spooky appeal of the Grim Reaper Round. Antique finishes bring a sense of ancient coinage to the visual appeal of the product, but also serve to enhance the smaller, intricate details of any design.

As an ultra-high-relief silver round, these products have greater 3D range than the average coin or round. The image rises even higher from the surface of the round, and the level of detail is one that can almost be seen, and certainly felt, on the round itself.

The obverse of the 2017 5 oz Monarch Grim Reaper Silver High Relief Round includes an image of the reaper as he peers over a group of gravestones. The traditional Western depiction of Death is used in this design, with the reaper wearing a long black robe, hood pulled over his head, and nothing but bones for a body. A large scythe is held in the right hand, and there are several headstones in the foreground with the RIP inscription upon them. The Roman Numerals of MMXVII denote the 2017 year of issue for the rounds.

On the reverse is the somber image of the Grim Reaper walking away from two headstones under a gangly tree. This could denote a successful night of bringing souls from the world of the living to the world of the dead. Engravings include the weight, purity, and metal content of the round and denote its status as a limited edition striking with just 1,000 rounds available.