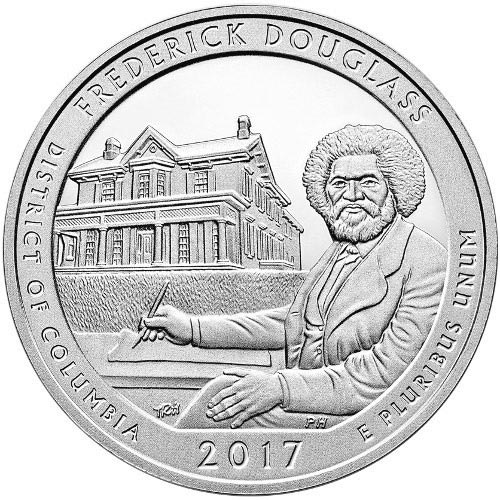 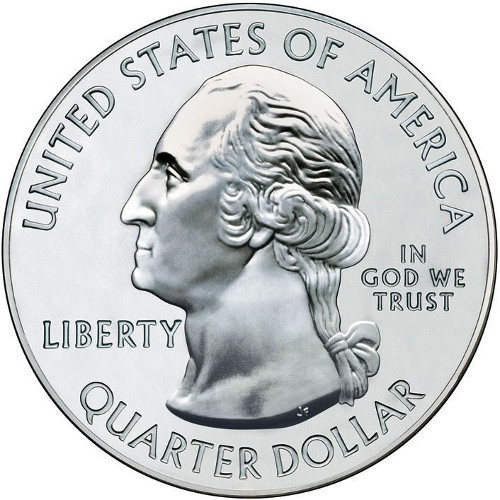 The island territory of Puerto Rico was the first non-US mainland location to have its representative struck and released in the America the Beautiful coin series, and now the District of Columbia takes its turn in the ATB collection. The 2017 5 oz ATB Frederick Douglass National Historic Site Silver Coin is available to purchase today from JM Bullion.

America’s federal capital city, the District of Columbia is the formal name for the city most know as Washington D.C. The Residence Act of 1790 approved the creation of a capital district located on the Potomac River’s banks on the East Cast of the United States. Named in honor of the nation’s first president, the city was founded in 1791 and actually designed by Washington himself.

As the 2nd coin in the ATB Series’ 2017 release schedule, the 2017 5 oz ATB Frederick Douglass National Historic Site Silver Coin honors the site in Washington D.C. administered by the National Park Service that preserves the home and estate of Frederick Douglass, an abolitionist and prominent African American in 19th century America.

The obverse of the ATB Silver Coins from the US Mint features the profile of President George Washington. Just as it appears on the circulation quarter, this left-profile effigy was created in 1932 by John Flanagan.

Each 2017 5 oz ATB Frederick Douglass National Historic Site Silver Coin listed here is in BU condition. Coins in this condition have no signs of wear and tear, however you may notice minor flaws in its appearance that range from breaks in the luster and spotted surfaces to the presence of contact marks from striking blanks during the production process.

We encourage all JM Bullion customers to contact our customer service team with questions. You can reach our associates at 800-276-6508, chat with us live online, or send us an email with your inquiries.

Tiffany from CA - May 08, 2017
"Frederick Douglass was a true American and bad-ass! He knew the true nature behind reconstruction! This is an excellent item! Harriet Tubman needs to have one as well!"