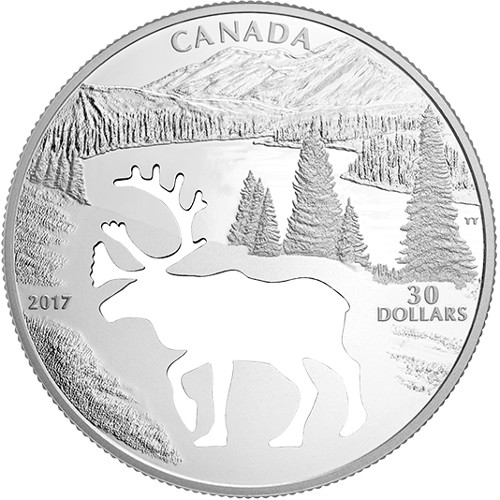 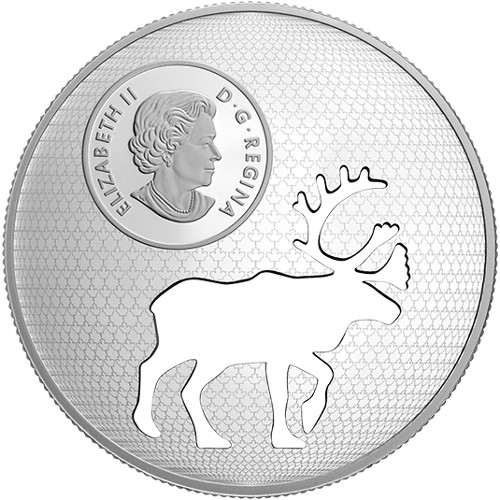 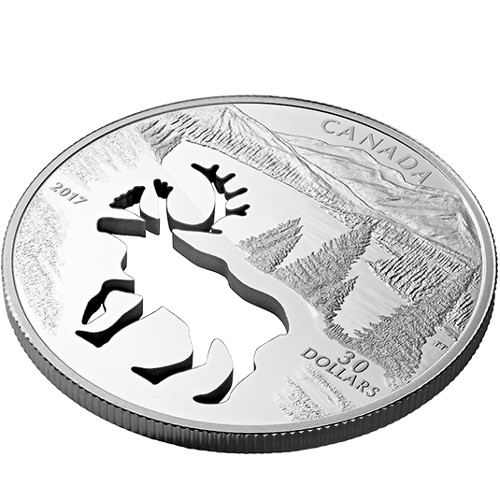 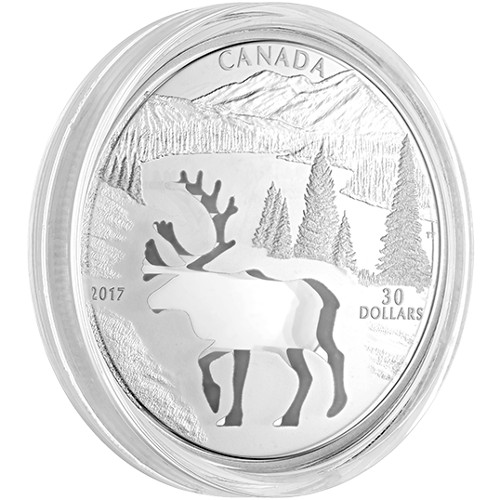 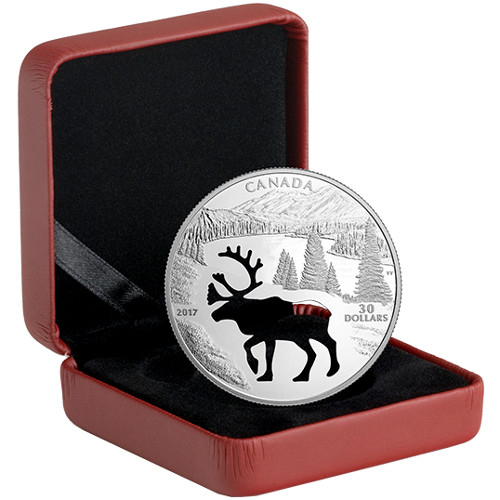 Canada is a land of many natural wonders, and that includes its extremely diverse collection of native wildlife. Among the most majestic and massive is the woodland caribou. This species is one of many Canadian creatures now finding itself on the list of at-risk, threatened, or endangered species, and helps launch a new coin series from the Royal Canadian Mint. Right now, the 2017 $30 Proof Canadian Silver Endangered Animal Cutout Woodland Caribou Coin is available to purchase online from JM Bullion.

The new series of silver coins from the Royal Canadian Mint highlighting the at-risk species in the nation of Canada brings an RCM first to the production of silver coins. Using state-of-the-art technology, RCM produced a coin with a cutout shape reflecting the image of a woodland caribou. The coin series is meant to highlight a future that could be if these creatures disappeared from the Canadian landscape.

Each 2017 $30 Proof Canadian Silver Endangered Animal Cutout: Woodland Caribou Coin ships to you inside of a maroon clamshell and black beauty box from the Royal Canadian Mint. Additionally, an individually numbered Certificate of Authenticity is included with your purchase today.

On the obverse of these proof silver products youll find a unique vision for this side of Canadian coinage. In the upper-left side of the display field is a smaller version of the typical Canadian obverse coinage, with Queen Elizabeth IIs right-profile effigy from Susanna Blunt included. Dominating the center of the design field is the cutout shape of the caribou.

The reverse of all 2017 $30 Canadian Silver Endangered Animal Cutout Woodland Caribou Coins features a breathtaking view of a rive cutting through a slice of Canadian wilderness that includes rolling grasslands in the foreground and forested mountains deep in the background field. Again, the image of the caribou is visible as a missing cutout, reflecting the potential for a Canada without its impressive native creatures.

Founded in 1908, the Royal Canadian Mint is the official mint facility of the Canadian government. It operates its original facility in the federal capital city of Ottawa, as well as a secondary location in Winnipeg which opened in 1980.

If you have any questions, please dont hesitate to ask. JM Bullion customer service is available at 800-276-6508, on the web using our live chat, and via our email address. If youre looking to buy silver, be sure to scroll through the entire JM Bullion online catalog!