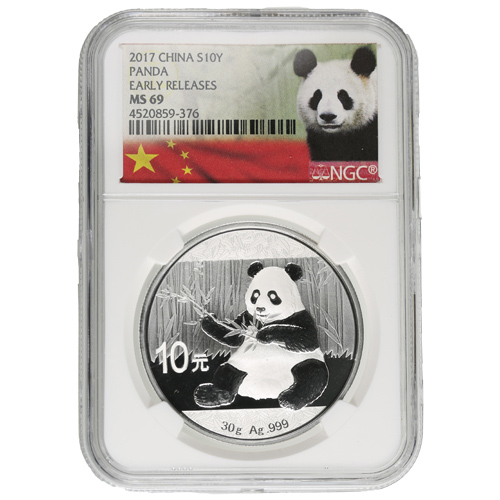 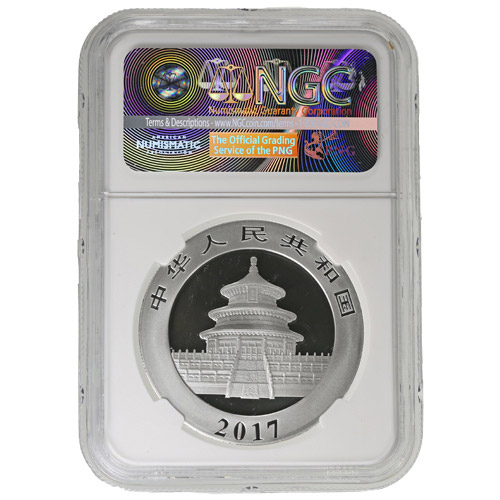 When investors look for reliable, government-backed gold and silver bullion to invest in, the Chinese Mint is often an attractive bet. The Chinese Panda series of bullion coins, available in gold and silver, are incredibly popular annual releases that have the added benefit of a collectability with new designs on the obverse each year. The 2017 30 Gram Chinese Silver Panda Coin is available online today from JM Bullion with NGC certification.

The 2016 issue of Chinese Silver Panda coins marked a stunning change in the coins from this silver bullion series. The coins are no longer available with weights measured in Troy ounces anymore. There is a shift in the weights to Grams, bringing the coins in line with the nation’s use of the metric system.

On the obverse of the 2017 30 Gram Chinese Silver Panda is the newest panda design from the Chinese Mint, which depicts a large panda sitting on its hind quarters as it eats some bamboo shoots. The typical engravings and design features included again this year feature the bamboo wall in the background, and the face value of the coin in Yuan.

Each 2017 30 Gram Chinese Silver Panda coin here today is in near-perfect condition according to the NGC. Coins in Mint State 69 condition have full, original mint luster and a maximum of two minor detracting flaws. These flaws are limited to minuscule hairlines or contact marks, and found only outside of the primary focal areas.

We encourage you to contact JM Bullion with questions at 800-276-6508, chat with us live online, or simply email us.