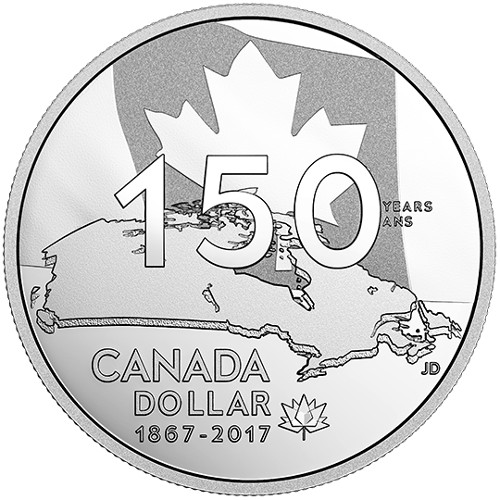 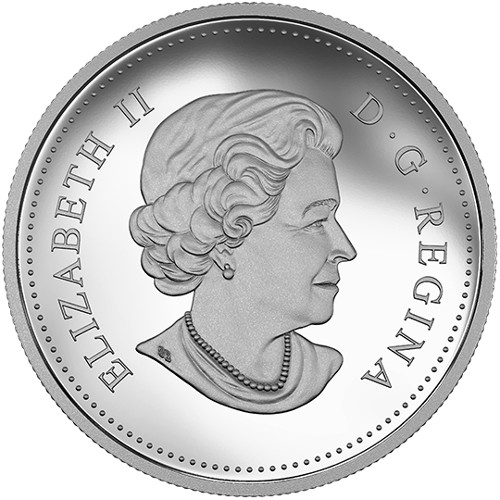 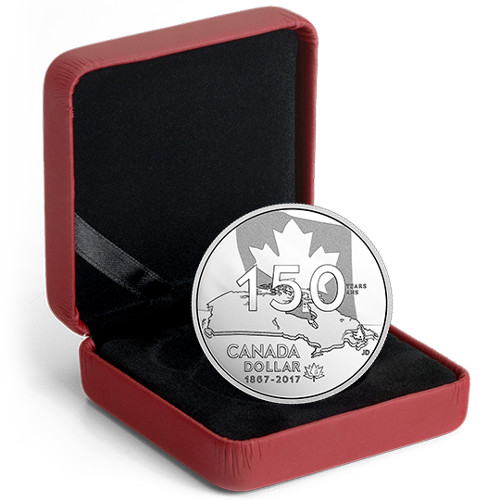 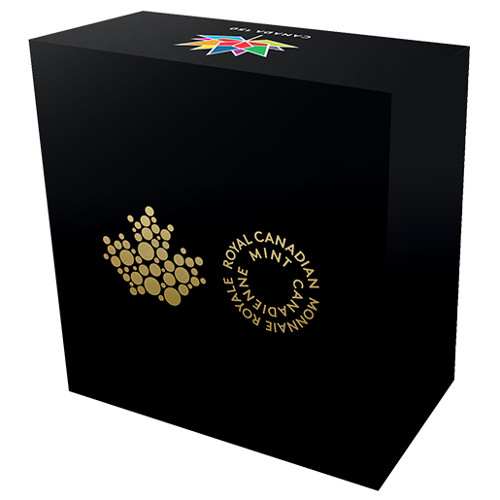 For those taking part in the 150th anniversary of Canadian Confederation, 2017 is a year to celebrate across this great land. You can now express your pride in Canada with a variety of 150th anniversary-themed coins from the Royal Canadian Mint. Included in that offering is the 2017 oz Proof Canadian Silver Our Home and Native Land Coin, which is available to you now from JM Bullion.

Your 2017 oz Proof Canadian Silver Our Home and Native Land Coin arrives inside of a Royal Canadian Mint maroon clamshell box that is perfect for the display and protection of your proof specimen. Additionally, the box arrives in a black beauty shipper that features the Canada 150 logo to mark the occasion.

The Royal Canadian Mint has used cutting-edge technology and artistic vision with the 2017 oz Proof Canadian Silver Our Home and Native Land Coin. Laser frosting gives the flag on the reverse an ethereal appearance that helps it rise up from behind the 3D outline map of the Canadian nation.

On the reverse of the 2017 oz Proof Canadian Silver Our Home and Native Land Coin is the outline of Canadian sovereign territory. The aforementioned technology and artistic vision comes into play on this side with the national flag, and its enduring maple leaf emblem, rising in the background. A massive engraving of 150 Years features in the center to mark the occasion.

The obverse of all 2017 oz Proof Canadian Silver Our Home and Native Land Coins features the effigy of Queen Elizabeth II. Her Majesty appears on the obverse of all Canadian coinage, and has since she ascended to the throne of England in 1952.

Founded in 1908 to refine gold and silver from the Yukon Territories, the Royal Canadian Mint is the official sovereign mint of Canada. It originally operated only one facility in Ottawa, the federal capital, but now has a secondary location in Winnipeg.

We encourage all JM Bullion shoppers to contact us with questions. You can connect with JM Bullion on the phone at 800-276-6508, on the web using our live chat feature, or by sending us an email.