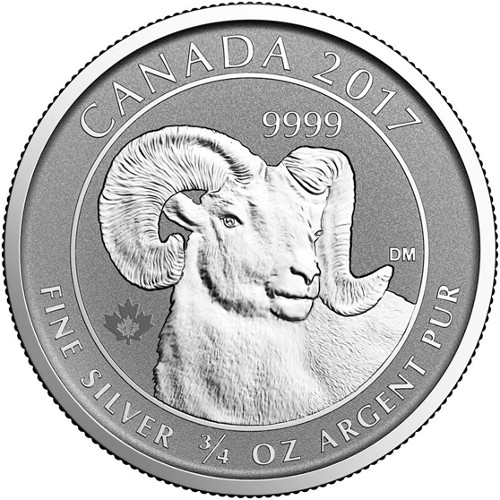 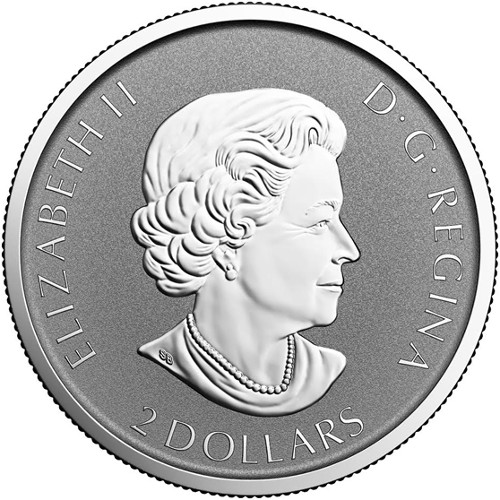 The Big Horn Sheep is one of the most intriguing animal species in North America, and sure to incite jealousy among human beings who seek to climb mountains throughout the continent with the ease and grace of the sheep. The Big Horn Sheep now appears on a new coin from the Royal Canadian Mint. The 2017 ¾ oz Canadian Silver Big Horn Sheep Reverse Proof Coin is available now from JM Bullion.

Ovis Canadensis, better known as the bighorn sheep, is found throughout the Rocky Mountains of North America, and is particularly well-known among Canadian climbers in the Rockies. Bighorn sheep weight in around 136 kilograms and are one-and-a-half times the size of the average domesticated sheep.

You’ll notice a bighorn sheep the minute you see one. The males in the species have massive curled horns, which are a sign of status and helps determine their position in any given herd as a dominant leader.

The 2017 ¾ oz Canadian Silver Big Horn Sheep Coin has a reverse proof finish, which lends a deep, mirrored finish to the design sets and engravings on the coin’s surface. This contrasts beautifully with the strong, frosted relief of the background field.

On the obverse of the Canadian Silver Big Horn Sheep Coin is the right-profile portrait of Queen Elizabeth II. Her Majesty’s effigy has appeared on Canadian coinage since 1953, and this 2003 creation is the current portrait in use on all Canadian currency.

The reverse of the 2017 ¾ oz Canadian Silver Big Horn Sheep Reverse Proof Coin includes the image of a male bighorn sheep. It is complete with a micro-laser engraved maple leaf in the coin’s design field that has the numeral “17,” for the year of issue, visible in the center, but only under magnification.

The Royal Canadian Mint was founded in 1908 as the sovereign mint of Canada. Through the 1980s, it operated with just one facility in the federal capital of Ottawa. Today it operates that facility plus an additional site in Winnipeg.

We encourage JM Bullion shoppers to reach out to us with questions. You can reach our customer service team at 800-276-6508, use the live chat service on our web site to connect with us, or just send us an email.