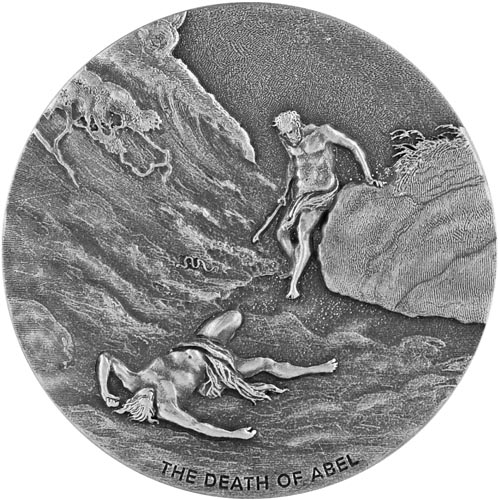 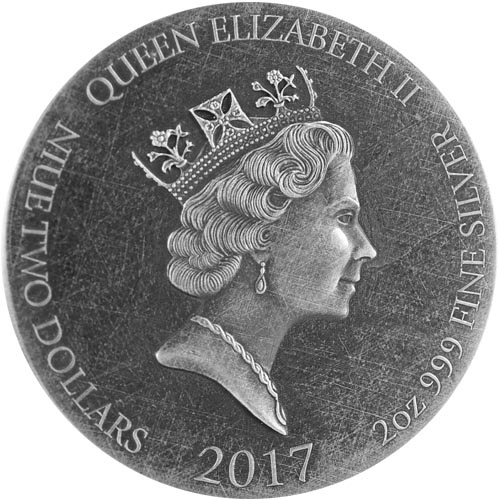 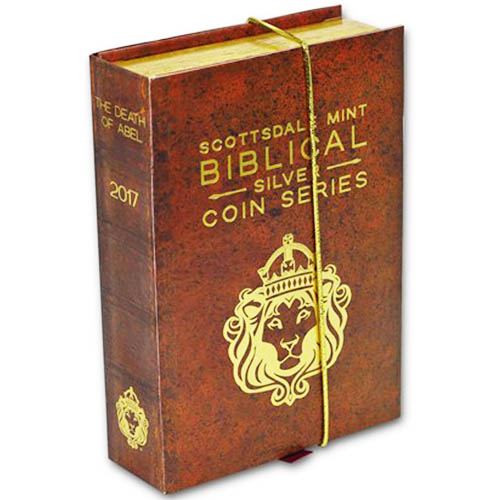 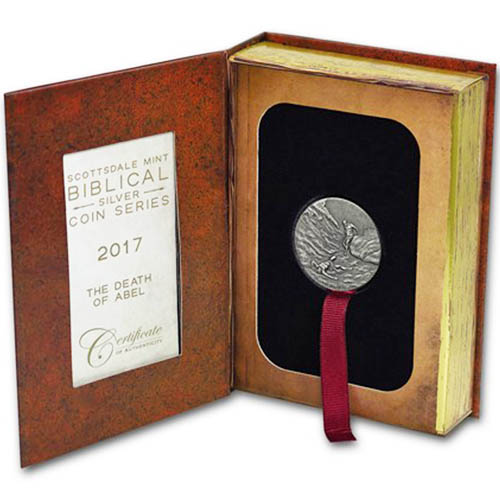 The latest release in Scottsdale Mint’s Biblical Silver Coin Series has arrived, and again you’ll find one of the most infamous stories of the Bible featured in the design of this coin. The story of Cain and Abel is, in a playful tone, the first story of sibling rivalry. The story of these two brothers has a darker turn than most rivalries though. The 2017 2 oz The Death of Abel Biblical Silver Coin is now available for you to purchase from JM Bullion.

The Biblical Silver Coin Series from Scottsdale Mint is a robust offering of antiqued silver coins that feature different scenes from the Christian Bible. The inspiration for the artwork on each comes from French artist Gustave Dore who completed a full work of biblical scenes that was displayed in London in the 1860s.

In this 5th release of 2017, the epic story of Cain and Abel comes to the forefront of the collection. Cain and Abel are the first-born sons of Adam and Eve, and were born after the pair were cast out of the Garden of Eden. Their place in biblical human history puts Cain as the first human born, and Abel as the first to die.

On the reverse of the 2017 2 oz The Death of Abel Biblical Silver Coin you see Cain stumbling back against a boulder, blunt object in hand, after killing his brother Abel. The two had spent their lives making sacrifices to God, each one producing their own. It is said that God favored those of Abel, inciting jealousy and envy in Cain. He eventually led his brother out into a field where he murdered him.

The obverse of all Biblical Silver Coins from the Scottsdale Mint include the effigy of Queen Elizabeth II. Her Majesty has long featured on British and commonwealth coinage dating back to 1952. Her effigy is regularly updated to reflect her age, with this particular design the third-generation image created by Raphael Maklouf in 1984.

Scottsdale Mint is a private minting facility in Arizona. Known for its environmentally friendly refining processes, the mint goes so far as to work hard in sourcing its precious metals from recycled products to create .999 pure silver coins and other products.