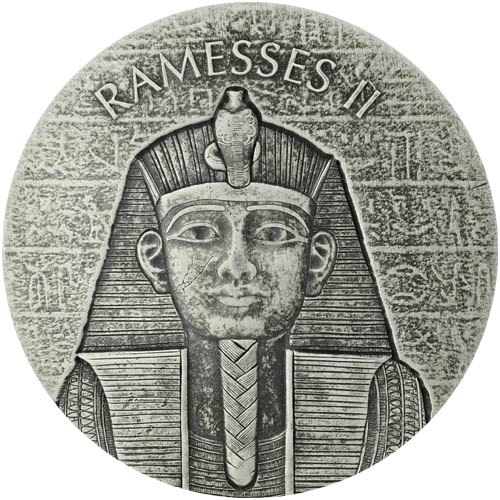 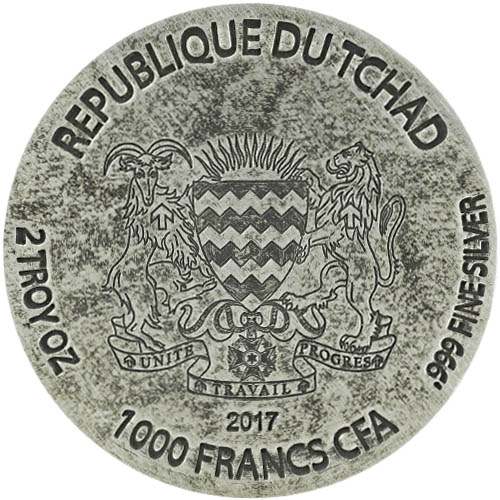 The Scottsdale Mint has drawn a great deal of attention in recent years with its lineup of silver bullion coins for nations around the globe. Among the most notable are its bullion coins struck for African nations, and none is more beautiful than the Egyptian Relic Series. The newest release features two takes on the same design, a first in the collection. Right now, 2017 2 oz Republic of Chad Egyptian Relic Series Ramesses Silver Coins are available to purchase online from JM Bullion.

Each 2017 2 oz Republic of Chad Egyptian Relic Series Ramesses Silver Coin is available in BU condition. Coins in BU condition exhibit no signs of wear and tear, though you may notice minor flaws ranging from breaks in the luster and spotted surfaces to contact marks. These are a normal possible result of the coining process.

The Egyptian Relic Series has featured four coins prior to the Ramesses two-coin release. The program launched in 2016 with a five-ounce coin, followed by a two-ounce coin, a gold coin, and another five-ounce coin in early 2017. The Ramesses Silver Coins are different in that both 2 oz silver coins feature a unique take on the same design.

On the obverse of the 2017 2 oz Republic of Chad Egyptian Relic Series Ramesses Silver Coin you’ll find the front-facing effigy of the pharaoh Ramesses. Actually, this is an effigy of Ramesses II, known as “Ramesses the Great.” He ruled over the Egyptian Empire from 1279 BC to 1213 BC and was regarded as one of the most powerful and influential pharaohs in Egyptian history.

The reverse of the Egyptian Relic Series Ramesses Silver Coin features the coat of arms for the Republic of Chad. The national shield, with a burst of sun rays over the top, is flanked on either side by a goat and lion. Engravings include the nation of issue, weight, purity, and metal content of the coin, as well as its face value in Francs.

Each of the Egyptian Relic Series silver coins for sale here today has an antique polish applied and has a chiseled granite edge that gives it an all-around ancient feel. The coins ship inside of themed gift boxes courtesy of the Scottsdale Mint.