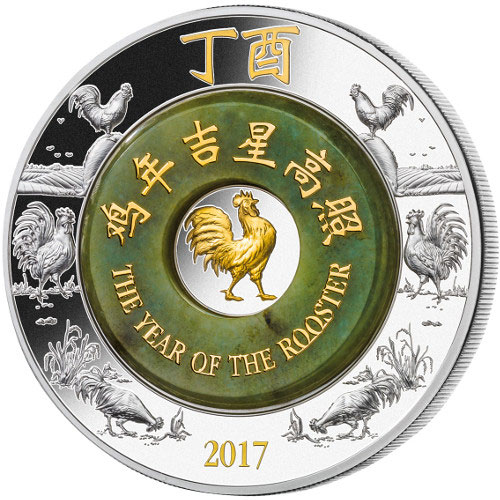 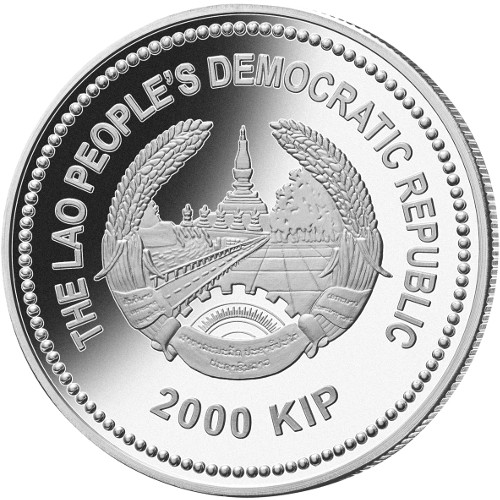 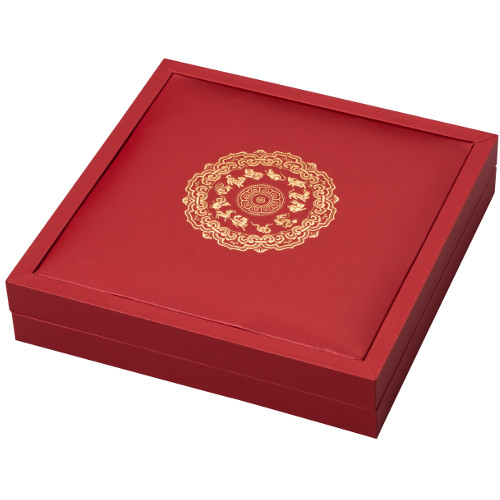 The Chinese Lunar Calendar has been a source of inspiration for the minting of coins now since the Perth Mint launched the first major lunar-themed program in 1996. Today, countless other programs are available from mints around the globe, including Germanys MD Mint. The 2017 2 oz Proof Laos Jade Rooster Silver Coin is available today online from JM Bullion.

Laos is a country located in Southeast Asia that borders China to the north, Vietnam along its eastern boundary, Myanmar and Thailand to the west, and Cambodia to the south. It is known for its mountainous terrain and its remaining French colonial architecture from the 19th and early 20th centuries.

The Year of the Rooster begins in January 2017, and the Chinese people celebrate the coming of the new year with a preparation of feasts that last months. The Year of the Rooster is known for lively imagination and an unsettled mind, with those born under the sign of the rooster said to be ambitious and brave.

Each of the 2017 2 oz Proof Laos Jade Rooster Silver Coins in this product listing comes in a red shipping box and includes an individually numbered Certificate of Authenticity to validate your purchase.

On the reverse of the Jade Rooster Silver Coin youll find the image of a gold-plated rooster in the center of a Jade-themed circle that includes the phrase Year of the Rooster in both English and Mandarin Chinese. Around the outer edge are the Chinese symbol for rooster, the year of issue, and six different images of the rooster in various poses.

The obverse side of the coins features the national emblem of Laos. Engravings on this face include the full name of the nation, The Lao Peoples Democratic Republic, along with markings of the weight, face value, metal content, and purity of the coin.

All Year of the Rooster coins in this product listing are struck by the German mint known as Munzhandelsgesellschaft Duetsche Munze, better known to many simply as MDM.

We encourage JM Bullion shoppers to contact our customer service team with questions. You can reach out to us online through our live web chat, email us, or call us on the phone at 800-276-6508. To see similar products, check out our full selection of World Silver Coins.