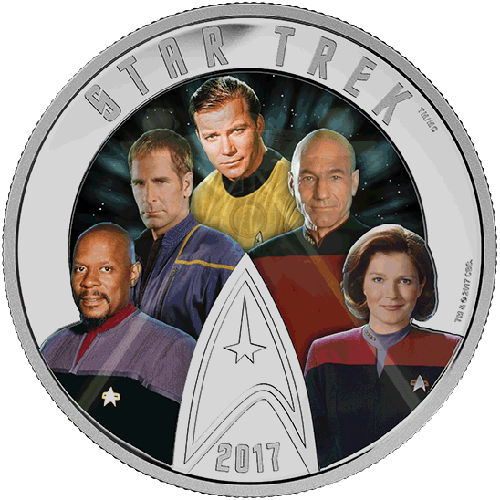 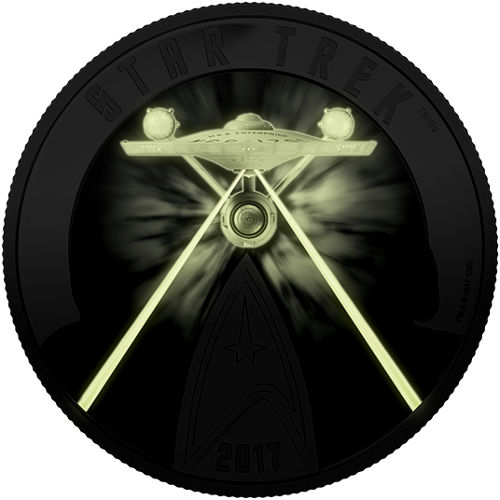 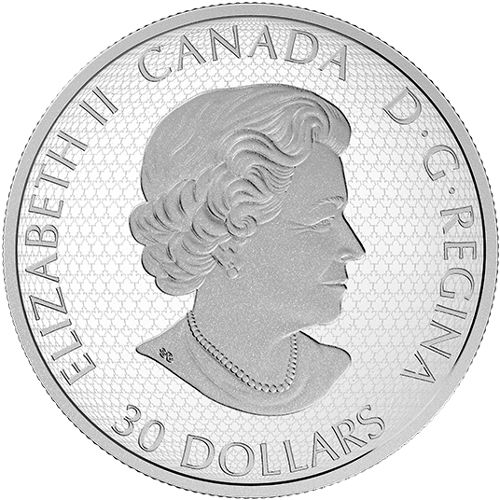 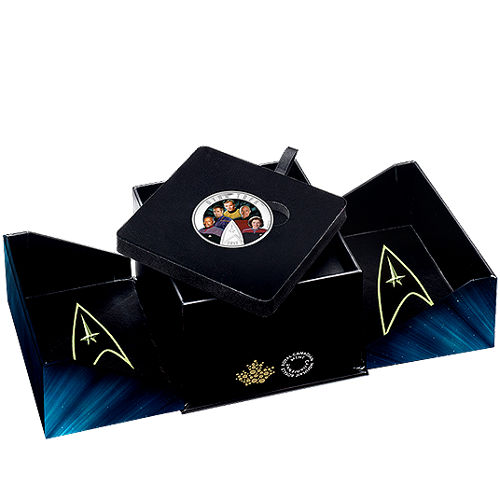 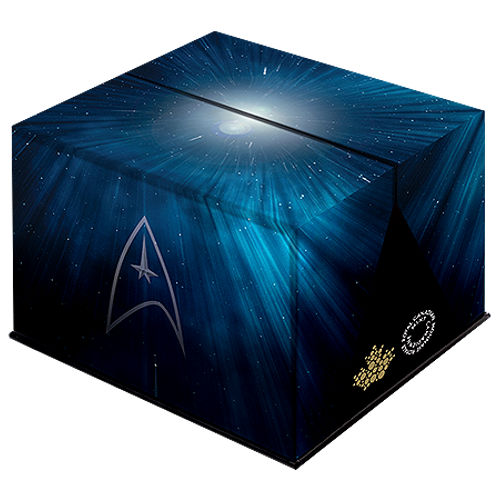 For fans of Star Trek, picking just one captain as the favorite is a difficult task in a collection of television series that have crossed generational boundaries from the 1960s to the 1990s and even early 2000s. The Royal Canadian Mint continues its celebration of Star Trek in 2017 and include one singular coin with all the famed captains in Star Trek history. Right now, the 2017 2 oz Proof Canadian Silver Star Trek Five Captains Coin is available to purchase online from JM Bullion.

Each of the 2017 2 oz Proof Canadian Silver Star Trek Five Captains coins in this listing arrives inside of a graphic beauty box that includes a depiction of the universe with the famed Star Trek delta insignia. Your coin purchase features a numbered Certificate of Authenticity as well.

This is the first time all five captains from the Star Trek universe have appeared on a singular coin. The reverse side of the Five Captains Silver Coin includes the images of Captain James T. Kirk, Jean-Luc Picard, Benjamin Sisko, Kathryn Janeway, and Jonathan Archer. These captains represent all five television series, from The Original Series and The Next Generation, through to Deep Space Nine, Voyager, and Enterprise.

The obverse of all Canadian coinage includes the right-profile portrait of Queen Elizabeth II. Her Majestys effigy is a creation of Susanna Blunt, a Canadian artist who developed the latest effigy of Her Majesty in 2003.