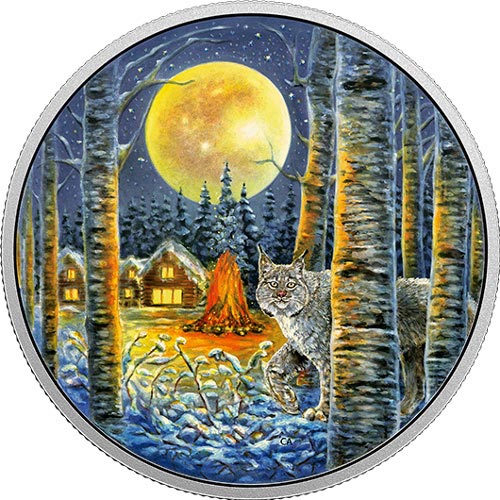 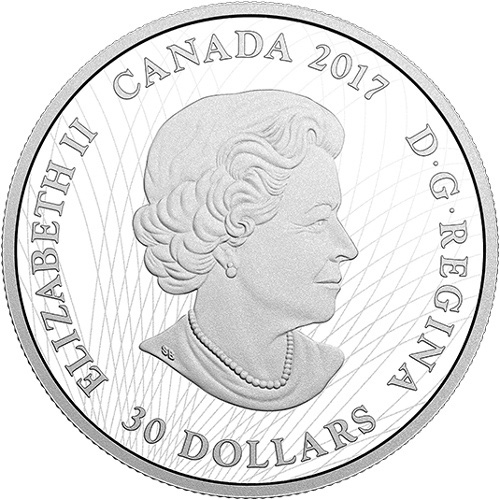 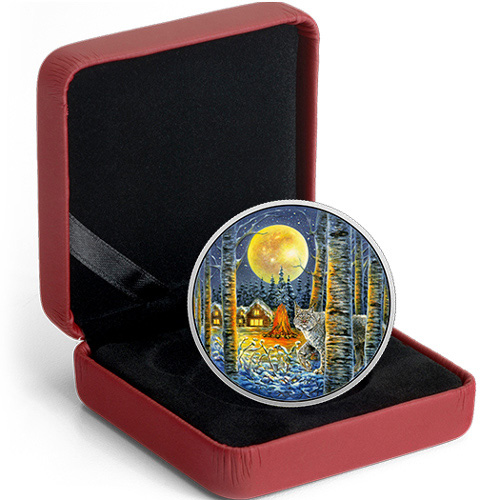 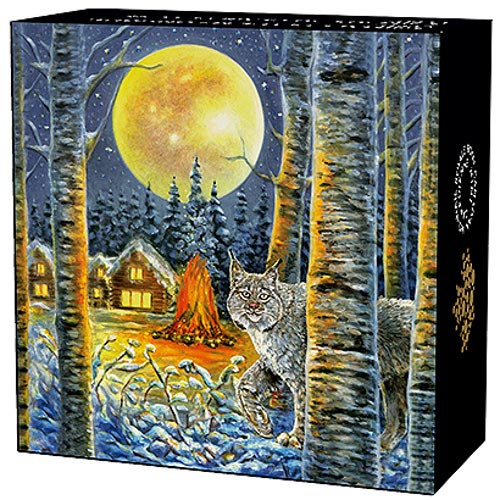 Continuing the beauty of its nature-themed silver coin series, the Royal Canadian Mint now releases the second coin its Animals in the Moonlight collection. These colorized silver coins feature beautiful imagery of the nations wildlife, captured in their nocturnal activities. The 2017 2 oz Proof Canadian Silver Animals in the Moonlight Lynx Coin is available to you today online from JM Bullion.

The four-coin Animals in the Moonlight series will include colorized designs of some of Canadas most mysterious native species. The cougar, lynx, orca, and owl will feature in the series on the reverse of individual coins, each one with full, beautiful colorization on the reverse of the coins.

Each of the 2017 2 oz Proof Canadian Silver Animals in the Moonlight Lynx Coins in this listing includes the Royal Canadian Mints innovative glow-in-the-dark technology. The bright moonlight, pop of the stars, and warm glow of the bonfire bring the imagery on this coins reverse to life.

On the reverse of the Lynx Silver Coins is the image of a snow-kissed forest in the middle of a Canadian winter. As the large moon rises into the sky in the background, a massive bonfire provides a warm glow in the midst of a campground. On the prowl in the woods outside the camp is an elusive lynx.

The obverse of all the coins in this collection is the image of Queen Elizabeth II. The right-profile portrait of Her Majesty appears on all Canadian coinage, and this particular effigy was created in 2003 by Susanna Blunt.

Each one of the 2017 2 oz Proof Canadian Silver Animals in the Moonlight Lynx Coins in this listing arrives inside of a maroon clamshell for protection during shipping and display in your collection. The clamshell ships inside of a graphic beauty box that includes the full-color artwork on the coins reverse from Curtis Atwater. A Certificate of Authenticity is also included with purchase.

We encourage all JM Bullion customers to contact us at 800-276-6508, chat with us live online, or simply send us an email with inquiries. You can also find silver prices for today online by visiting our homepage!