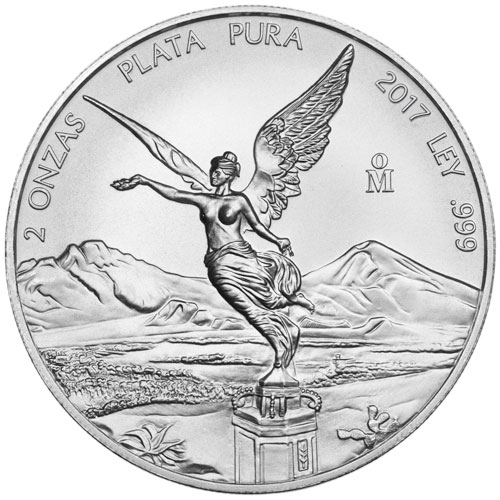 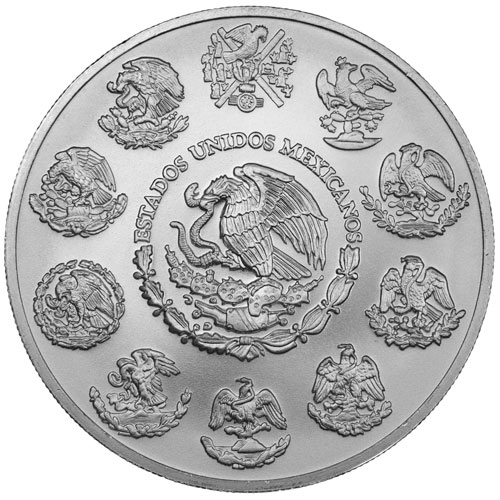 The Mexican Mint is the Western Hemispheres oldest operating mint, yet its profile around the globe as a producer of gold and silver bullion coinage is relatively low compared to that of the Royal Canadian Mint and the United States Mint. Its most popular series is, without question, the Libertad bullion coins. Today, the 2017 2 oz Mexican Silver Libertad coin is available to you online from JM Bullion.

All Mexican Libertad coins, from both the gold and silver series, are issued without a set face value on the coin. This makes the Libertad one of the few bullion coins the world, along with the Krugerrand, to feature no set face value. The coins are considered legal tender and could, in theory, be used for a commercial transaction.

Involved parties using the Mexican Silver Libertad would need to contact Banco de Mexico for the daily floating rate of the coin. In the end, like other silver bullion coins, the Libertads value is greater as a silver precious metal than exchangeable currency.

All 2017 2 oz Mexican Silver Libertad Coins in this listing are available in BU condition. Coins in BU condition have no signs of wear and tear, however youll notice minor manufacturing flaws such as breaks in the luster, spotted surfaces, and contact marks from the mint.

On the obverse of each 2017 2 oz Mexican Silver Libertad coin is the image of the Mexican Independence Victory Column, along with the volcanic peaks of Popocatepetl and Iztaccihuatl. The volcanoes were named for a pair of ancient Aztec lovers whose story is as tragic as that of Romeo and Juliet.

The reverse side of the coin features the modern Mexican coat of arms in the center, with 10 historic versions of the symbol used since 1821 surrounding the design. The coat of arms features a bald eagle locked in battle with a serpent as it rests on the arm of a cactus.

The Mexican Mint is the oldest operating mint facility in the Western Hemisphere. It was originally founded in 1535 by Spanish conquistadors. At one point in time, the Mexican Mint struck coinage for all Spanish territories throughout the Western world.

Please direct your questions to a JM Bullion associate at 800-276-6508, connect with us online through our live web chat, or simply send us an email with your inquiries.