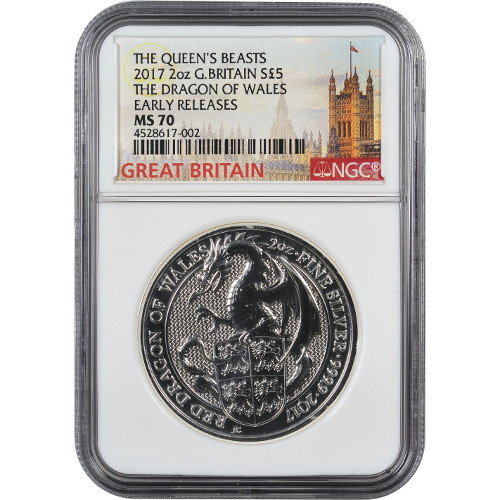 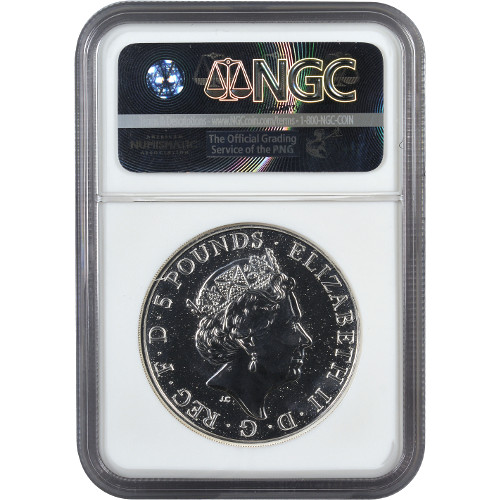 Numismatists investing in silver for sale are more concerned with the condition and metal content than the design. The Queens Beast collection from the Royal Mint offers a stunning variety of designs, but for the numismatist, these coins are even more valuable when found in perfect condition. The 2017 2 oz British Silver Queens Beast Dragon Coin is available to you online today from JM Bullion with perfect certification from the NGC.

On the reverse of the 2017 2 oz British Queens Beast Dragon Silver Coin is the image of the Red Dragon of Wales. The dragon is often depicted holding a shield bearing a lion in each quarter of it, which was the coat of arms for Llywelyn ap Gruffudd, the last true and native Prince of Wales.

All 2017 2 oz British Silver Queens Beast Dragon Coins in this listing are near-perfect according to the NGC. Coins with a Mint State 69 grade feature full, original mint luster and a maximum of two minor detracting flaws. In this case, flaws are limited to minuscule hairlines or contact marks found outside the primary focal areas of the coins surface.

In order to qualify for the ER, or Early Release, designation coins must arrive at the NGC within a set timeframe. The NGC must receive the coins for grading from the Royal Mint within the first 30 days of the issue date set by the mint.

We encourage all JM Bullion customers to contact us at 800-276-6508 with questions. You can also connect with us online through our live chat and email features.