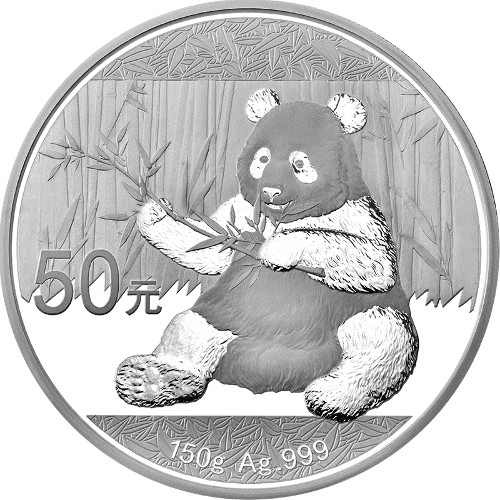 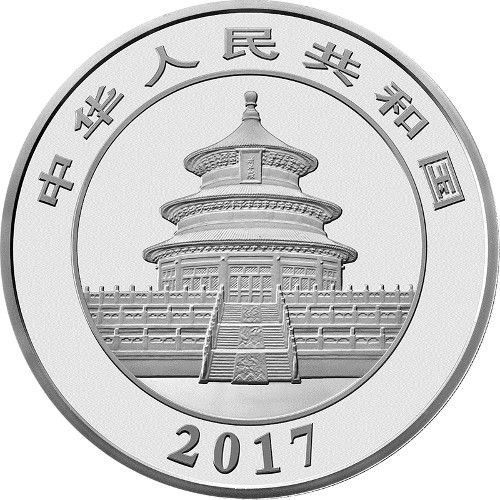 The panda is one of the most distinctive animal species in the world. Easily spotted by the large, black patches of fur on its ears and around its eyes, these black-and-white bears inhabit China’s south-central regions and feature on the annual bullion release of the Chinese Mint. Right now, the 2017 150 Gram Proof Chinese Silver Panda Coin is available to purchase online from JM Bullion.

These new 150 Gram Proof Chinese Silver Panda Coins featured the same metal content and purity, as well as the same design used for all 2016 coins. The larger move away from Troy ounces for all Silver Panda coins was said to be a move aimed at bringing the nations official bullion coin in line with the countrys use of the metric system.

On the obverse of the 2017 150 Gram Proof Chinese Silver Panda is the newest panda design from the Chinese Mint. It includes the new design of a giant panda sitting down as it holds a bamboo shoot, along with the now usual use of a bamboo wall in the background. Typical engravings include the weight, metal content, and purity, as well as the face value of the coin in Yuan.

The reverse of the 2017 150 Gram Proof Chinese Silver Panda includes the outer facade of the Temple of Heaven. Engravings on this side include the Mandarin-language text of “People’s Republic of China,” as well as the year of issue for the coins.

Chinese Silver Panda coins and their gold counterparts are products of the Chinese Mint. Operated by the People’s Bank of China, the Chinese Mint strikes its annual release bullion coins at various mints while also producing circulation currency for the nation.

If you have any questions, please dont hesitate to ask. JM Bullion customer service team members are available on the phone at 800-276-6508, online using our live chat, and via our email address.