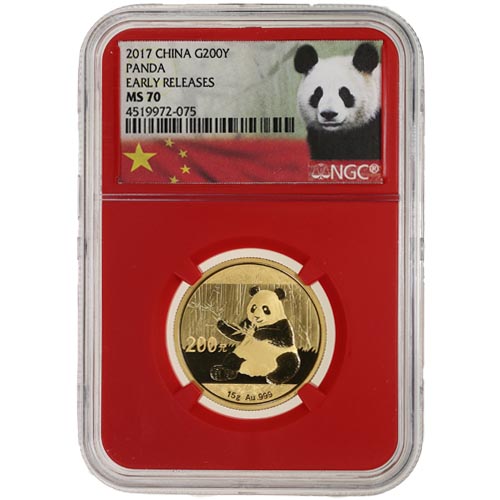 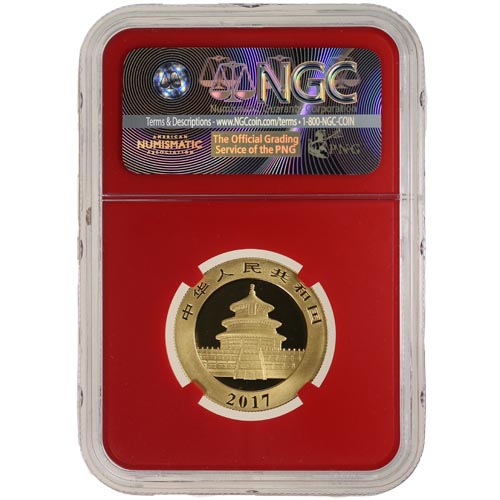 Among the many gold coins for sale online, the Chinese Gold Panda coin series is a popular item with investors. The sovereign coin of the Peoples Republic of China is backed by the national government and comes with the added benefit of a new design on the obverse face each year, making each new release in the series unique from the last. The 2017 15 Gram Chinese Gold Panda Coin is available to you online today from JM Bullion.

Chinese Gold Panda coins debuted in 1982, one year before their counterpart silver coins and some 15 years after the first-ever investor gold coin; the Krugerrand. The Gold Panda series is notable for its use of a new obverse design with each release and was the first major program to use such a design scheme.

In the years since its introduction, the Gold Panda has grown in popularity. The coins are now a hot commodity among all investors, and the designs have changed with each year except for 2001 and 2002 when the same design was used twice. Now, the program offers variable weights across the release.

On the obverse of the 2017 15 Gram Chinese Gold Panda Coin is the image of a lone panda bear that is sitting on a fallen tree branch. It is playing with a broken shoot of bamboo in search of food, and has engravings of the face value, weight, metal content, and purity.

The reverse of all Gold Panda coins includes a shot of the exterior faade of the Temple of Heaven. Located in south-central Beijing, the building was constructed as part of a larger religious complex where Chinese leaders used to gather for prayer and festive celebrations.

Each 2017 15 Gram Chinese Gold Panda Coin listed here today is a perfect specimen. Coins with a Mint State 70 grade show full, original mint luster and lack all detracting flaws. Early Release coins are those received for certification by the NGC within the first 30 days of the 2027 release date of Chinese Gold Panda coins.

The Red Core Label in this listing denotes the use of a vivid red label inside the protective plastic slab, enhancing the visual allure of the EdgeViewer slab with crystal-clear sight of your Chinese Gold Panda coin.

We encourage all JM Bullion customers to contact us with questions. You can reach us on the phone at 800-276-6508, online using our live chat, and via our email address.