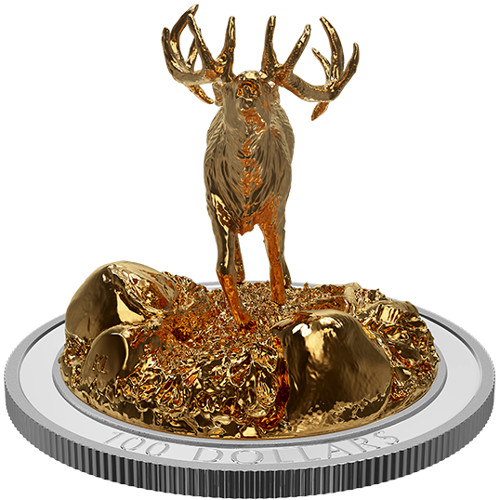 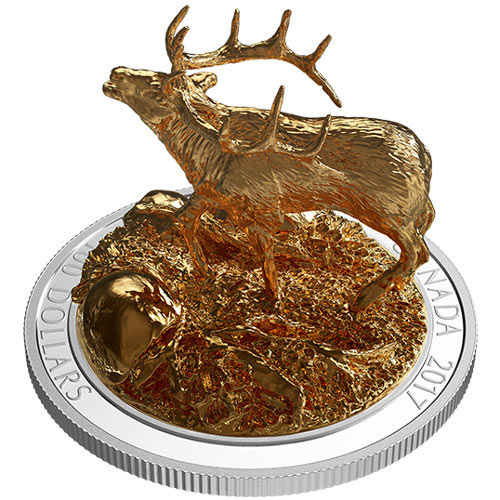 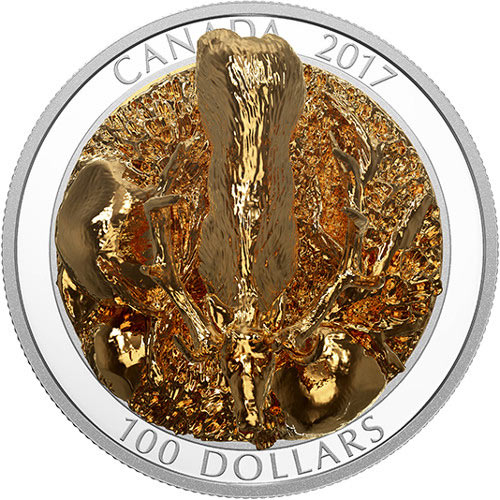 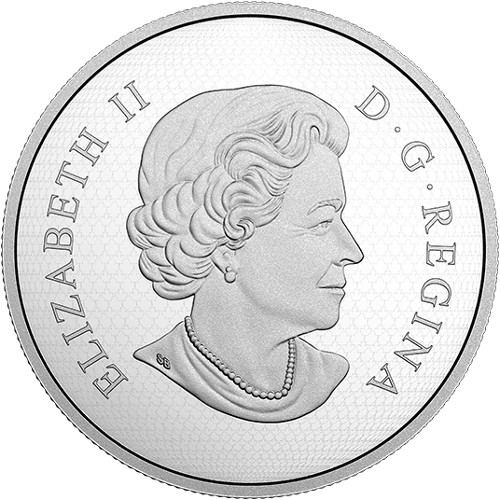 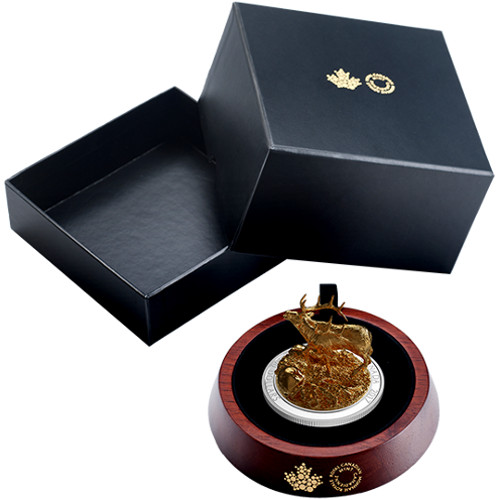 When youre looking to buy silver, the Royal Canadian Mint is a great place to start! The official sovereign mint of Canada is one of the most well respected mints in the world, and its state-of-the-art facilities churn out some of the greatest coins available on the market right now. The 2017 $100 Proof Canadian Silver Sculpture of Majestic Canadian Animals Elk Coin is one such example, and is available to you online today from JM Bullion.

The Sculpture of Majestic Canadian Animals Elk coin is the third release in a planned series of five coins that will all depict the some of the most majestic creatures roaming the Canadian wilderness. The series launched in November 2016 with a grizzly bear coin, and continued in February 2017 with the cougar.

Each of the 2017 $100 Proof Canadian Silver Sculpture of Majestic Canadian Animals Elk Coins includes a 3D sculpture of the reverse face. The sculptures on the reverse of the various coins includes a gold-plated layer covering the stunning sculpture. Upcoming releases in the series include a Bighorn Sheep in June 2017, and conclude in August 2017 with the Wolf.

On the reverse of the Majestic Canadian Animals Elk Coin youll find the sculpture of an elk, known as the Cervus Canadensis. The elk design includes a solid build on the body of the creature, with its imposing antlers on full display and a varied texture to its fur. Depicted moving across an open landscape, the elk is captured paused in mid step as its lifts its head high to let out a bugle call.

The obverse of the 2017 $100 Proof Canadian Silver Sculpture of Majestic Canadian Animals Elk Coin includes the right-profile portrait of Queen Elizabeth II. Created in 2003 by Susanna Blunt, this is the most recent effigy of Her Majesty.

Each coin ships to you inside of a black beauty box and includes a dome-like capsule to protect the sculpture design from damage. A circular wooden display case is included with all coins for perfect display in your collection.

Founded in 1908 in the federal capital city of Ottawa, the Royal Canadian Mint is the official sovereign mint of Canada. Today it consists of a second facility in Winnipeg that was added to expand mint capacity in the late 20th century.

We encourage JM Bullion customers to contact us with questions at 800-276-6508, chat with us live online, or send us an email.