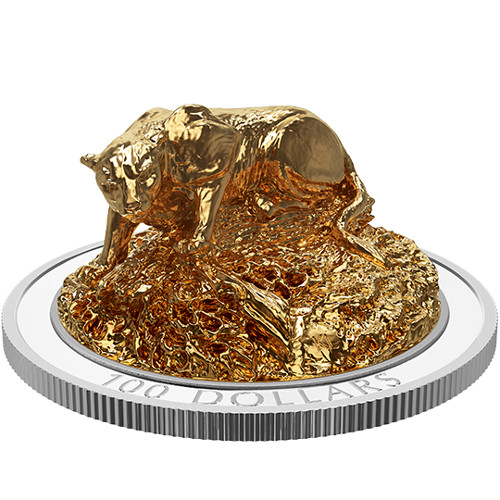 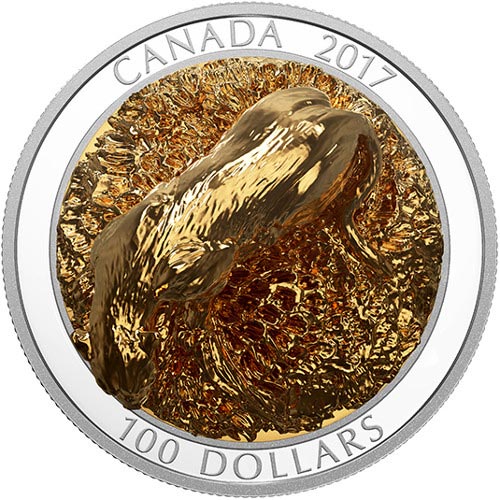 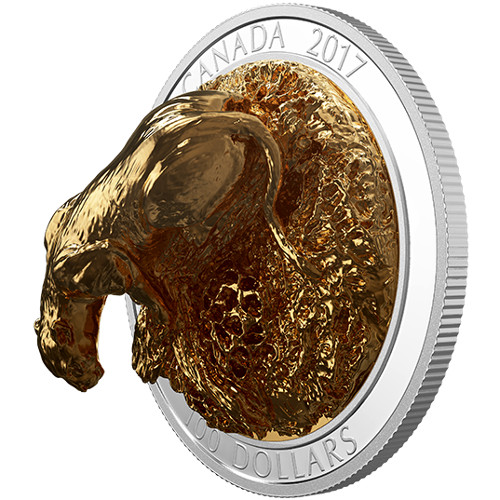 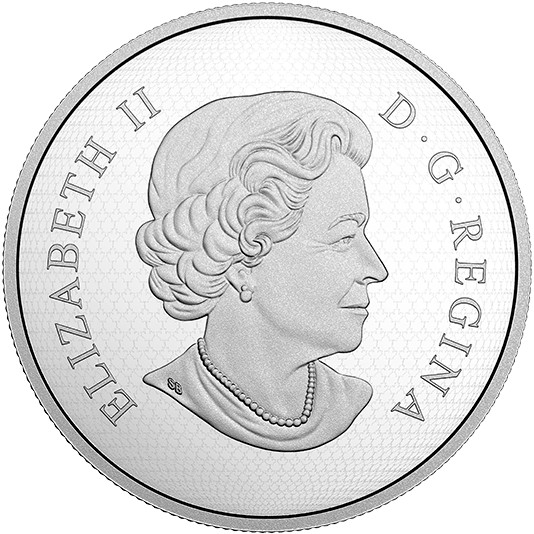 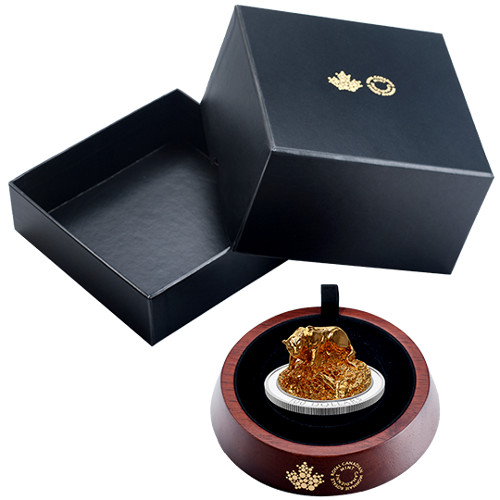 The second in a series of five coins, these new Cougar Coins from the Royal Canadian Mint march forward the collectible sculpture silver coins that are truly unique in the precious metals industry. Each coin features .999 pure silver content and a 3D sculpture of the representative creature on the reverse that is plated in gold.

Cougars are commonly known in the Americas as the mountain lion, puma, panther, or catamount. The cougar has one of the largest ranges of any wild feline species, ranging from the Canadian Yukon to the southern Andes of South America. Cougars are the second-heaviest cats in the Western Hemisphere behind only the jaguar.

These 2017 $100 Proof Canadian Silver Sculpture of Majestic Canadian Animals: Cougar Coins ship to you inside of a wooden circular base with a black case for beautiful display, and includes a Certificate of Authenticity validating your purchase.

On the reverse of the Cougar Silver Coin youll find the 3D depiction of a cougar as it perches to attack. Nocturnal by nature, these creatures are no strangers to the daytime either with plentiful sightings during daylight hours. The cougar is closely related to smaller felines such as the domestic cat than it is to the larger jaguar or other predatory feline species.

The obverse of the 2017 $100 Proof Canadian Silver Sculpture of Majestic Canadian Animals: Cougar Coins features the right-profile portrait of Queen Elizabeth II. Created in 2003 by Susanna Blunt, this depiction of the Queen began appearing on Canadian coinage in 2004.

With locations in Ottawa and Winnipeg, the Royal Canadian Mint is the official sovereign mint of the nation of Canada. It was founded in 1908 in the federal capital city of Ottawa, and expanded to Winnipeg in the 1980s to expand capacity for coining.

We encourage all JM Bullion customers to reach out to us with questions. You can call us at 800-276-6508, chat with us live online, or email us directly.