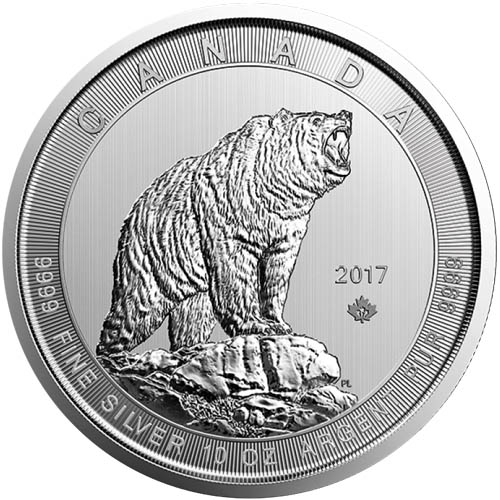 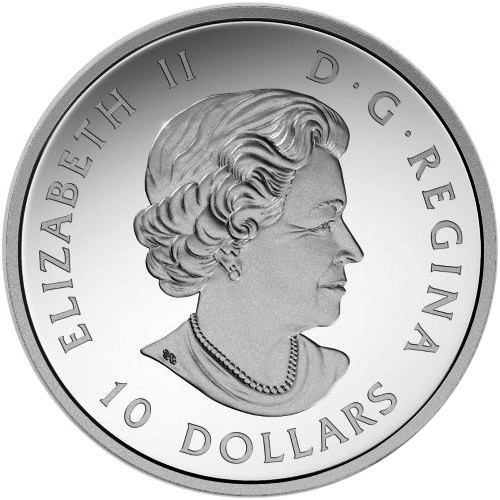 The Royal Canadian Mint is one of the worlds finest precious metal refiners, churning out countless gold and silver bullion bars, as well as some of the leading silver coin programs available today. Among their many offerings are brilliant silver bullion coins with designs honoring wildlife species commonly found in the Canadian wilderness. The 2017 10 oz Canadian Grizzly Bear Silver Coin is one such example, and is available to you today online from JM Bullion.

Grizzly bear is a term used to refer to the largest subspecies of North American brown bear, which is the name most scientists will use when referring to the second largest bear species by size on the North American continent.

The evolution of the use of the term grizzly in the bears name originated with Meriwether Lewis and William Clark. They nicknamed this subspecies of brown bear as grisly, or grizzly, because of its immense size and fear-inspiring stature. In fact, the bear gained formal classification in 1815 as Ursus horribilis because of Lewis and Clarks description, with the Latin translating to terrifying bear.

The Royal Canadian Mint has used the grizzly bear on countless occasions for wildlife designs on both silver and gold bullion coins. These 2017 10 oz Canadian Grizzly Bear Silver Coins pay homage to the second largest carnivore in Canada with its imposing figure captured beautifully on the reverse.

On the reverse of each Grizzly Bear Silver Coin is the depiction of a massive grizzly as it stands at the edge of a rocky outcrop. The bear is depicted on all fours with its powerful jaws open wide as it bellows out its fearsome roar into the valley below. Engravings include the nation of issue, year of issue, and the weight, purity, and metal content of the coin.

The obverse of the 2017 10 oz Canadian Grizzly Bear Silver Coin includes the right-profile portrait of Queen Elizabeth II. Her Majestys effigy on these coins is the 2003 depiction created by Susanna Blunt.

Each of these Canadian Grizzly Bear Silver Coins features BU condition. Coins in BU condition have no signs of wear and tear, but there are still potential flaws. These come in the form of breaks in the luster, spotted surfaces, or contact marks resulting from the striking of the blanks at the mint.

We encourage all JM Bullion customers to contact us with questions at 800-276-6508, or connect with us online through our live chat and email features.