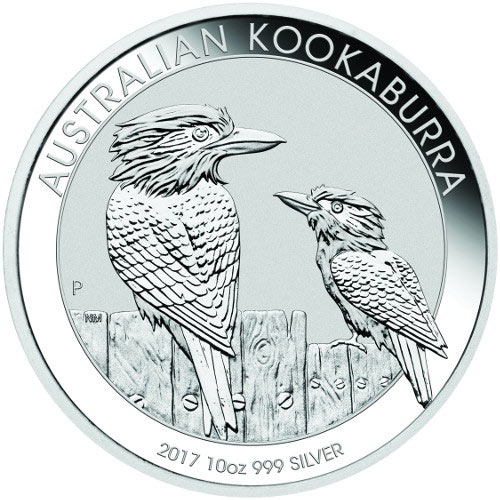 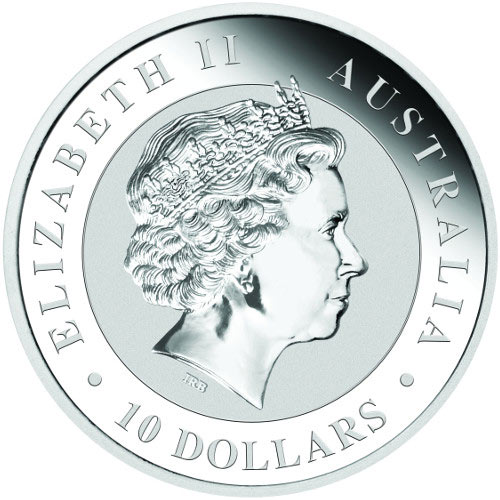 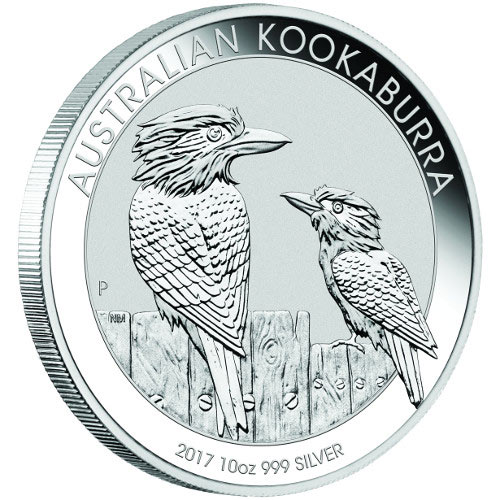 The Perth Mints most popular coin releases are the annual silver and gold coins that celebrate the animals found natively on the continent. In particular, the series that are most popular are those which feature notable Australian animals, such as the kangaroo, koala, and kookaburra. The 2017 10 oz Australian Silver Kookaburra Coin is available to purchase today from JM Bullion.

Each of the 2017 10 oz Australian Silver Kookaburra Coins in this product listing are in BU condition. Coins in BU condition show no signs of wear and tear, though you may notice minor flaws ranging from breaks in the luster and spotted surfaces to contact marks from the coining process.

Kookaburras are the largest member of the kingfisher species of birds, which are indigenous to the Australian continent. These birds are commonly found in the Australian bush, and are noted for their call that mimics the echoing sound of human laughter.

On the reverse of the 2017 10 oz Australian Silver Kookaburra coin youll find the latest design in this breathtaking series. It features a pair of kookaburras sitting on a run-down wooden fence. There is a larger, adult bird on the left and a smaller, young bird on the right.

The obverse of the 2017 Australian Silver Kookaburra continues the use of Ian Rank-Broadleys right-profile portrait image of Queen Elizabeth II. Her Majestys effigy appears on the obverse of all Australian coinage, along with engravings (in this case) of her name, the nation of issue, and the coins face value.

Perth Mint is a state-owned entity of the government of Western Australia. Originally founded as part of the Royal Mint system under British control, today it operates independent of the sovereign Royal Australian Mint. The Currency Act of 1965 established legal tender status for Perth Mint coins.

We encourage all JM Bullion shoppers to reach out to us with questions. You can contact our customer service team at 800-276-6508. Were also available online using our live web chat and email features.