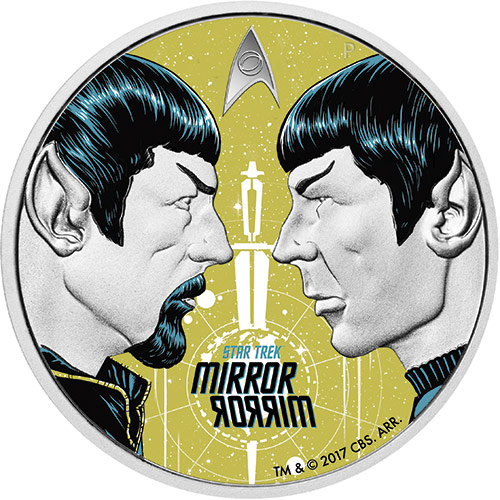 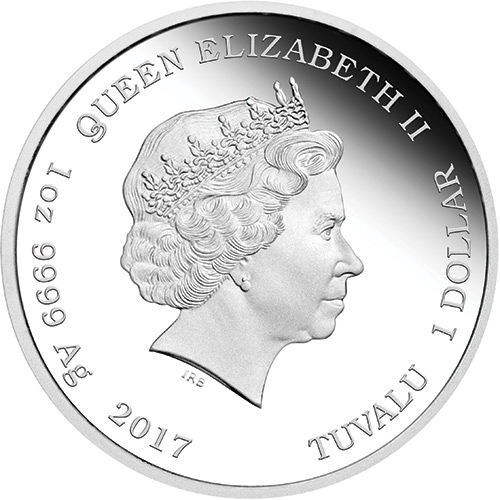 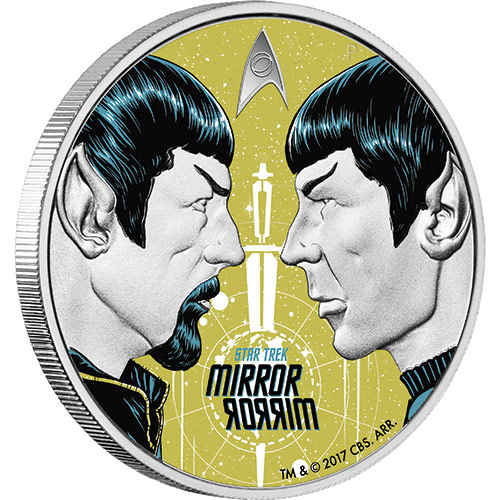 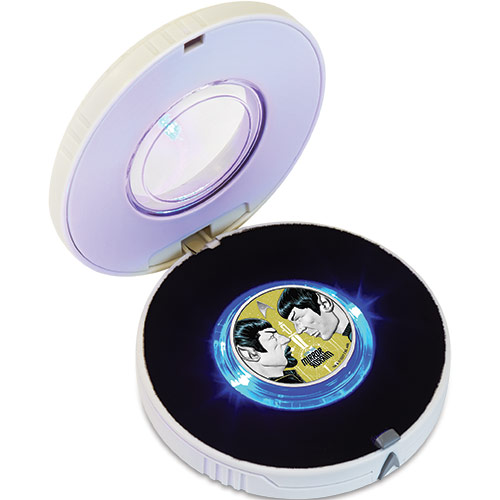 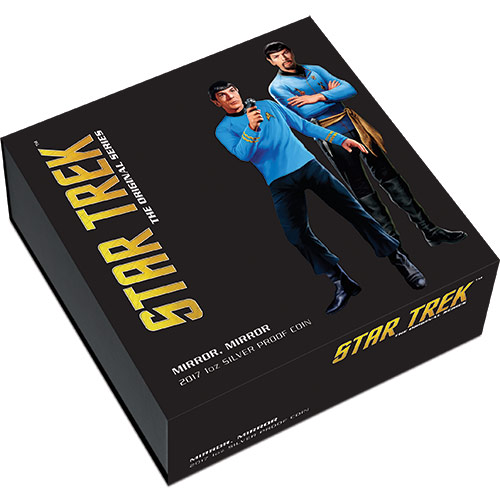 With five television series and 13 feature films to its credit, the Star Trek universe has a bounty of memorable scenes stretching across the big and small screens over the course of its 50-year history. The Perth Mint joins in an international celebration of this science-fiction franchise with the release of a stunning new silver proof coin. Right now, the 2017 1 oz Tuvalu Star Trek Mirror, Mirror Proof Silver Coin is available to purchase from JM Bullion.

Each 2017 1 oz Tuvalu Star Trek Mirror, Mirror Proof Silver Coins ships to you housed inside of a Star Trek inspired case transporter that actually lights up when the lid is opened. That special packaging is presented inside of a custom designed display box with a Star Trek-themed shipper, and includes a numbered Certificate of Authenticity.

This silver coin relives a moment from the Mirror, Mirror episode of Star Trek: The Original Series. Debuting on television on October 6, 1967, the episode sees the members of a landing party meeting with the Halkan Council transported back to a parallel universe rather than to the Enterprise.

On the reverse of each 2017 1 oz Tuvalu Star Trek Mirror, Mirror Proof Silver Coin youll find the image of Spock and Spock prime facing one another as they appeared 50 years ago in the episode of Mirror, Mirror. The background is the planet Earth bisected by a sword, with the design of Spocks uniform insignia visible and a colorized finish.

The obverse of each coin includes the right-profile portrait of Queen Elizabeth II. Her Majesty appears on the obverse of all Australian and commonwealth coinage, and this particular design is the fourth-generation image created in 1998 by Ian Rank-Broadley.

The Perth Mint is Australias oldest operating mint facility. Opened in 1899, it was originally the third and final Royal Mint facility on the continent. Today it operates independent of the Royal Australian Mint, and is owned by the state government in Western Australia.