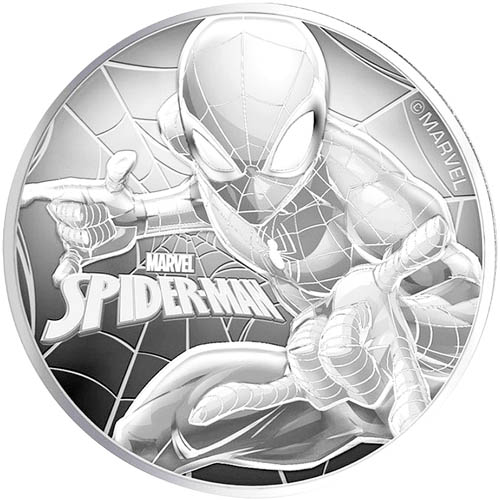 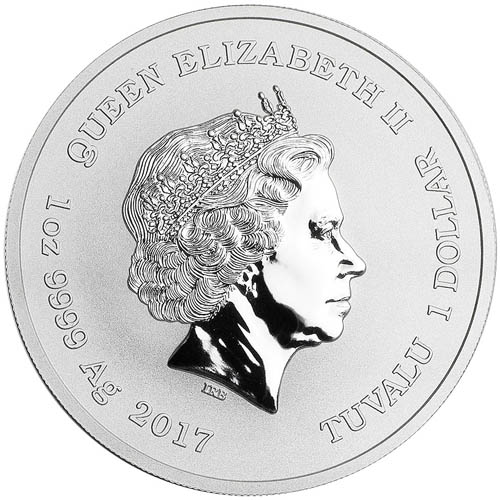 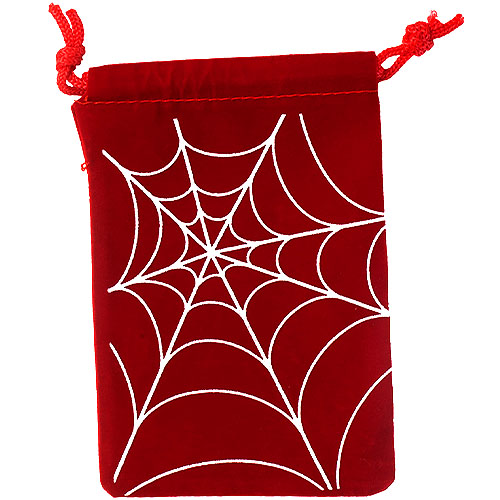 Spiderman is one of the most iconic superheroes from the Marvel Comic universe. Created by the iconic Marvel writer and editor Stan Lee, Superman first appeared in the anthology comic book Amazing Fantasy in the 15th issue released August 1962. In recent years, Spiderman has enjoyed renewed interest on the strength of a feature film franchise that received rave reviews. Right now, the 2017 1 oz Tuvalu Spiderman Marvel Series Silver Coin is available to purchase from JM Bullion.

Each of the 2017 1 oz Tuvalu Spiderman Marvel Series Silver Coins in this listing is in BU condition. Coins in this condition exhibit no signs of wear and tear, though you may notice minor flaws ranging from breaks in the luster and spotted surfaces to minuscule contact marks from the coining process.

Like many superheroes, Spiderman was the outgoing, brave side of an otherwise mild-mannered citizen. Peter Parker, a high school student in New York City living with his elderly aunt and uncle, was bitten by a spider and gained super strength and agility as a result. Creating Spiderman as a teenager superhero was a first in comic books, as many previous teenage characters were relegated to lesser roles as sidekicks or protagonists.

These 2017 1 oz Tuvalu Spiderman Marvel Series Silver Coins are the first in a series of new Marvel Comic-themed coins to be released. All coins are a product of the Perth Mint in Australia, and subsequent releases have yet to be defined, but are sure to please comic lovers everywhere!

On the reverse of the Tuvalu Spiderman Marvel Series coin is the image of Peter Parker, in his superhero role as Spiderman. Spidey is depicted crouched and ready to sling web as he rushes off to stop a villain. The background field features the image of a web, and includes engravings of the Marvel copyright logo, and the name “Spider-Man.”

The obverse of the 2017 1 oz Tuvalu Spiderman Marvel Series Silver Coin includes Queen Elizabeth II’s right-profile portrait. This is the fourth-generation image of the Queen on commonwealth coinage, and was created in 1998 by Sir Ian Rank-Broadley.

If you have any questions about these silver bullion coins, please don’t hesitate to ask. JM Bullion customer service is available at 800-276-6508, online using our live chat, and via our email address.