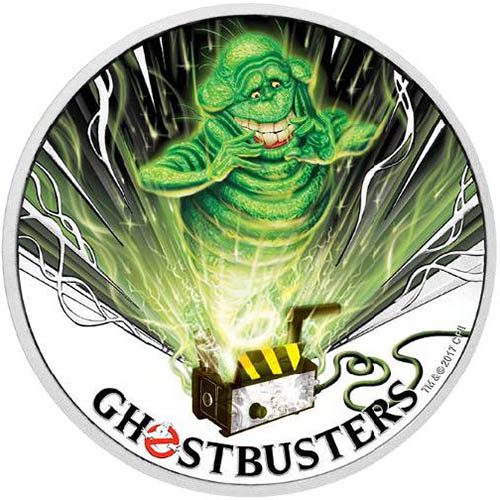 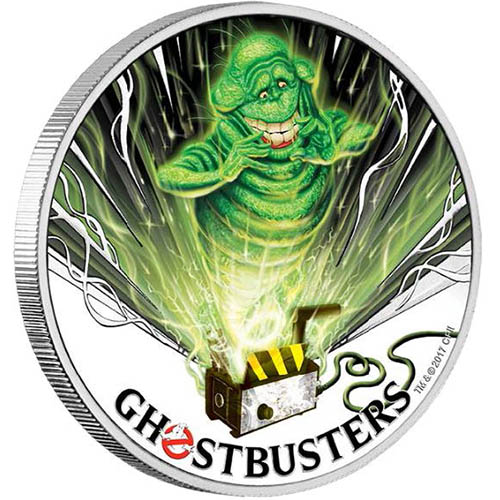 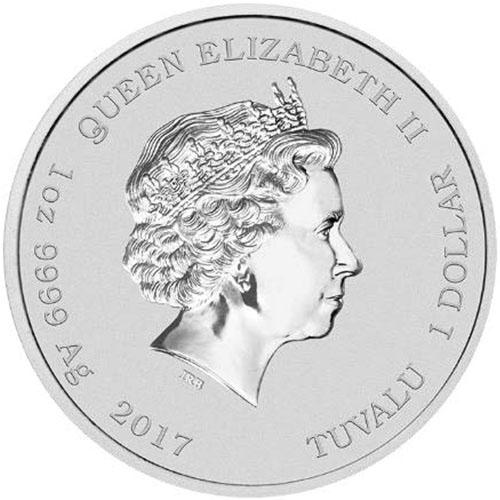 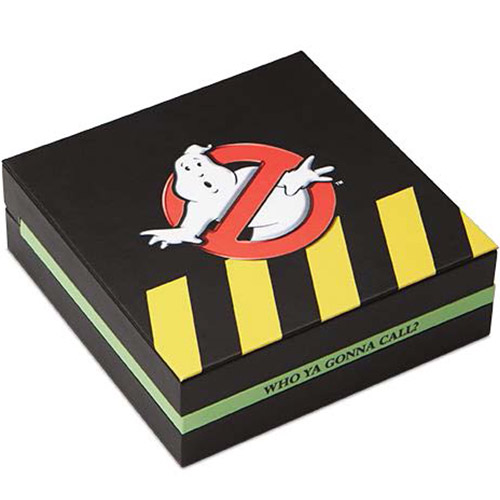 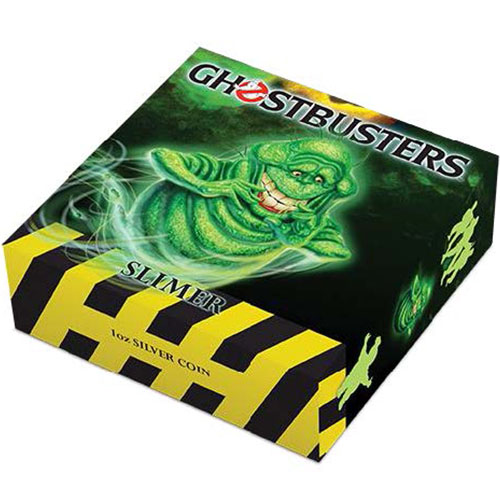 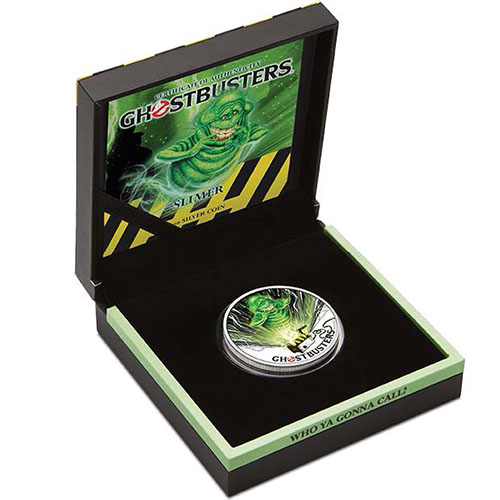 The Ghostbusters Series of silver coins from Perth Mint continues with the release of everyones favorite ghoul from the feature films; Slimer. The green blob that had no name throughout production of the film appears as the second of three coins in the release and is sure to capture the heart of Ghostbusters fans and numismatists alike! Today, the 2017 1 oz Tuvalu Ghostbusters Slimer Silver Coin is available to you online from JM Bullion.

Theres no more lovable character from the original Ghostbusters films than Slimer. The oddly shaped, big-eating ghoul debuted in the first film in the franchise but had no name throughout the original script. It wasnt until the movie was in production and he was referred to because he slimed people, that he became known as Slimer to fans and characters in the film.

Your 2017 1 oz Tuvalu Ghostbusters Slimer Silver Coin is available today inside of a brilliant Ghostbusters-themed box that mimics the appearance of the charged boxes the Ghostbusters captured ghosts and ghouls in for storage. Each coin includes an individually numbered Certificate of Authenticity.

On the obverse of all Tuvalu Ghostbusters Slimer Silver Coins youll find the right-profile portrait of Queen Elizabeth II. Her Majesty is captured in this design by Ian Rank-Broadley, and it serves as the fourth-generation depiction in use on many commonwealth and British coins since 1998.

The reverse of the coin features the image of Slimer. Captured in his full, bright-green glory, the beloved ghoul is captured in the draw of the Ghostbusters signature containment units as hes sucked in for capture and storage. Engravings include Ghostbusters, with the infamous logo of the group serving as the O in the name.

Together with the first release, the Ghostbuster Crew Silver Coin, and the upcoming Stay Puft Marshmallow Man coin, these 2017 1 oz Tuvalu Ghostbusters Slimer Silver Coins include images that are trademarked by and copyright of Columbia Pictures Industries Inc.

Please direct your questions to a JM Bullion associate at 800-276-6508. You can also connect with our customer service team online using our live chat and email address, or visit our site for more information on buying silver.