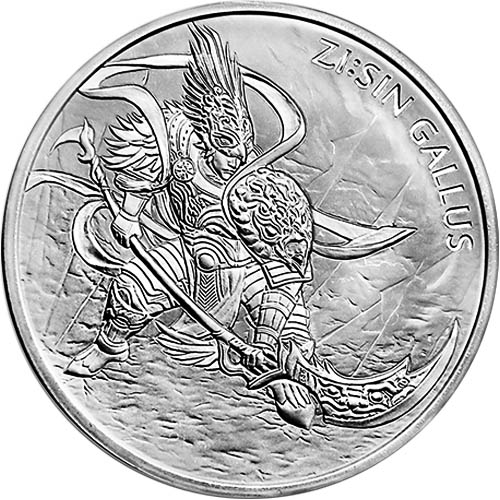 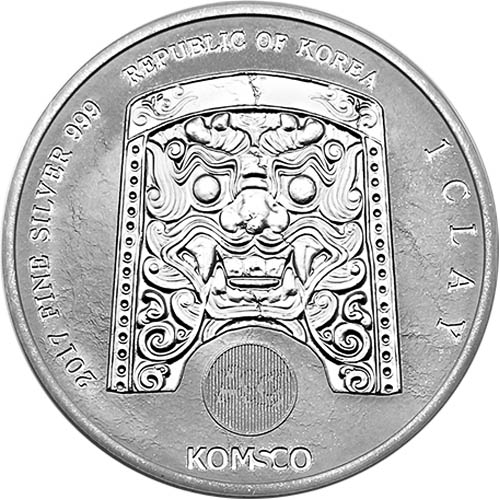 Building on the global popularity of its Chiwoo Cheonwang Silver Medals, KOMSCO and the Republic of Korea have introduced a brand-new series of silver and gold medals that celebrate the famed Twelve Guardians of Korean lore. The series will eventually feature 12 designs in total, and launches with the Gallus design. Right now, 2017 1 oz South Korean Zi:Sin Gallus Silver Medal is available to purchase online from JM Bullion.

Each of the new 2017 1 oz South Korean Zi:Sin Gallus Silver Medals is available to you today in BU condition. Products in BU condition exhibit no signs of wear and tear, though minor coining flaws are possible such as breaks in the luster, spotted surfaces, and contact marks.

Gallus is the first release in the series, which features both silver and gold medals. The medals are available in this bullion release, as well as later releases of a proof version. Gallus is a messenger of light, displaying a light as bright as the sun.

The obverse of the 2017 1 oz South Korean Zi:Sin Gallus Silver Medal features the image of Chiwoo Cheonwang’s battle shield. On the face of his shield is the head Do ggae bi, a mythical being referred to by some as a ghost or monster that was often hung at the ends of roof tiles on homes as a strong spiritual presence to ward off evil spirits. This face also contains the engravings of the nation of issue, mint mark, weight, purity, metal content, year of issue, and the latent security image of KOMSCO coins.

On the reverse of the South Korean Zi:Sin Gallus Silver Medal features the image of Gallus. Dressed in full battle regalia, the light of Gallus on the battlefield helped to disperse the demons of the dark side. He also had a powerful roar that instilled fear in even the most evil demons, and the point of his helmet enabled him to foresee upcoming events.

If you have any questions about this new silver for sale, don’t hesitate to contact JM Bullion. Our customer service team is available at 800-276-6508, online using our live chat, and via our email address.

Adam from MO - January 29, 2018
"I ordered two of these. I love the design, they are immaculate medals. I only wish I had paid more attention prior to ordering, because they don't specify 1 troy oz on them anywhere. I did weigh them and they do weigh right though so I'm not concerned."