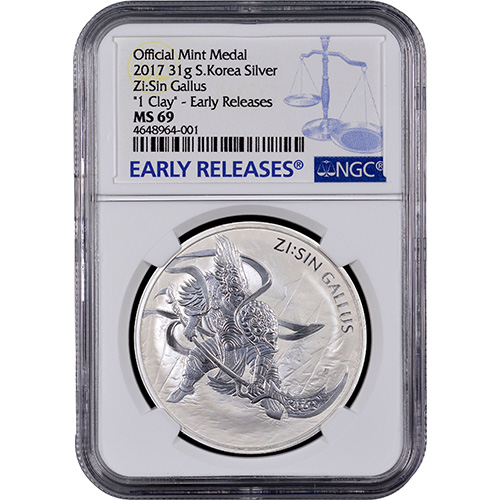 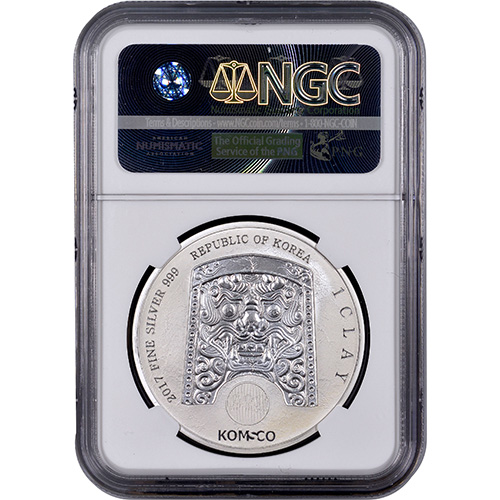 KOMSCOs new Zi:Sin Series is a 12-medal release that features both gold and silver options for investors and collectors. The Zi:Sin collection has a new design with each of the 12 issues and features low mintage figures. Gallus, one of the Twelve Guardians, leads off the series from KOMSCO. The 2017 1 oz South Korean Zi:Sin Gallus Silver Medal is available to you online today for purchase from JM Bullion with NGC certification.

The Zi:Sin Series from KOMSCO celebrates the Twelve Guardians who protect the world against evil forces bearing down on it from all 12 directions at all times. When god needs demons removed from the world, his Twelve Guardians emerge to lead his armies into battle to protect mankind. Each of his leading warriors have the ability to transform into an animal form that would scare off any demons or evil forces.

In the first release of the Zi:Sin Series youll find the image of Gallus. Like many of the other leaders in the Twelve Guardians, Gallus possess mythical powers to help lead gods armies to victory over evil.

On the obverse of the 2017 1 oz South Korean Zi:Sin Gallus Silver Medal is the image of the messenger of light. His light is as bright as the sun and demons are quick to disperse from the field of battle in the face of the intense light. Gallus also possess two other powers: the ability to unleash a powerful roar and see the future. The tall helmet he wears in battle is said to give him the power to see upcoming events in the future.

The reverse of the Zi:Sin Gallus Silver Medal features the depiction of Do ggae bi. The face of this grotesque being is found on the battle shield of Chiwoo Cheonwang. Engravings along with the design on this face include the nation of issue, weight, metal content, and purity. There is also a latent security image found below the shield.

The 2017 1 oz South Korean Zi:Sin Gallus Silver Medal listed here is in near-perfect condition according to the NGC. Medals with a Mint State 69 grade show full, original mint luster and a maximum of two minor detracting flaws. These flaws are limited to minuscule hairlines or contact marks.

We encourage JM Bullion customers to contact us with questions. You can call us at 800-276-6508, chat with us live online, or email us directly.