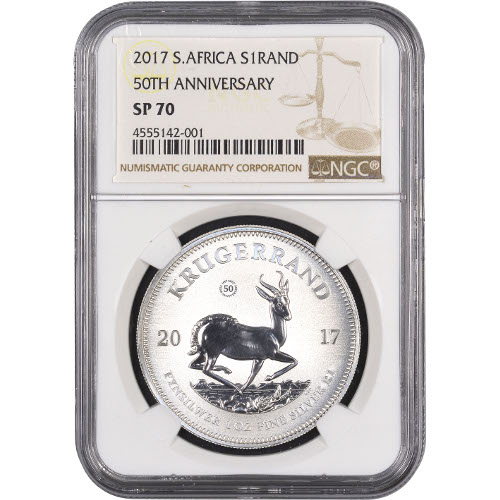 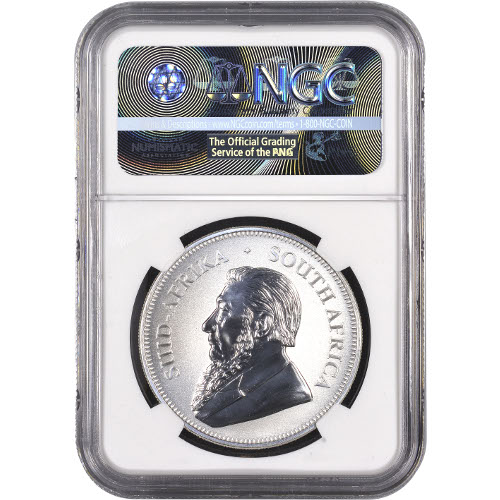 All 2017 1 oz South African Silver Krugerrand Coins in this product listing have been certified SP70 coins by the NGC. Coins in this condition are considered perfect specimens, and feature full, original mint luster with no detracting flaws of any kind on the surface areas.

We encourage all JM Bullion customers to reach out to us with questions. You can contact our customer service team on the phone at 800-276-6508, connect with us online using our live web chat feature, or simply send us an email with your inquiries.

Kevin from OK - February 02, 2018
"I always wanted one of these coins, and since they made a million of these I had to have the NGC sp70. The price came down and I snatched one of for my infant granddaughter. Maybe by the time she's 18 she'll get something out of it........a pretty penny? Anyway, nice coin for the first offering. As always JM did everything fabulous. Keeping me informed all the way thru delivery. From order to packaging to doorstep. Easiest dealings I've ever had. Stand up company."