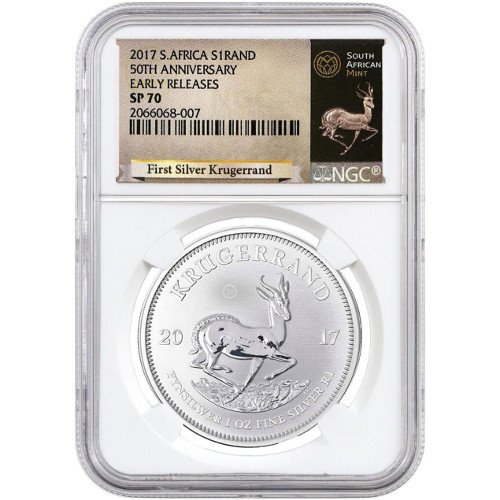 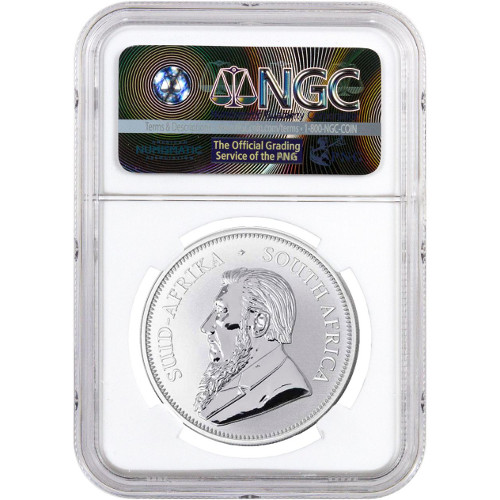 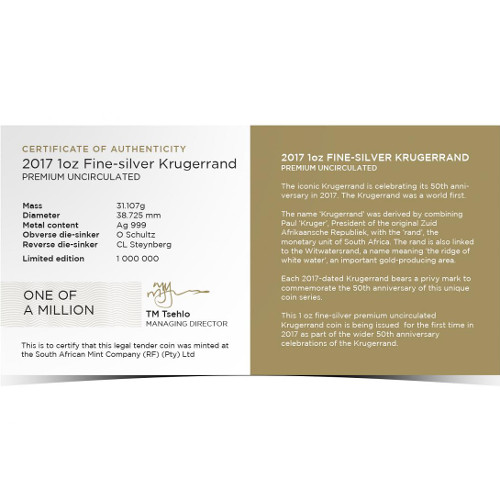 There was a time in the history of the precious metals industry when only one coin existed for private investment: the Krugerrand. This iconic gold coin dominated the field from its introduction in 1967 through the late 1970s and early 1980s. Now, the South African Mint marks its 50th anniversary by striking the first-ever Silver Krugerrand coin. Today, the 2017 1 oz South African Silver Krugerrand Coin is available to you online from JM Bullion.

Most new-issue silver and gold coins feature a Brilliant Uncirculated condition at finish, but the South African Mint considers original release Silver Krugerrands to be Premium Uncirculated coins. This unique condition is attributed to both the quality of the silver used in the production of each Silver Krugerrand, as well as the state-of-the-art laser etching technology.

All 2017 1 oz South African Silver Krugerrand Coins in this product listing have been certified SP70 coins by the NGC. Coins in this condition are considered perfect specimens, and feature full, original mint luster with no detracting flaws of any kind on the surface areas.

The Early Release designation indicates the coins were received for certification by the NGC within a set timeframe. To earn the ER label and designation, these coins had to arrive at the NGC or an approved third-party depository within 30 days of their release date from the South African Mint.

Please dont hesitate to contact JM Bullion with questions regarding these coins. You can contact our customer service team at 800-276-6508, or connect with us online using our live chat and email features.