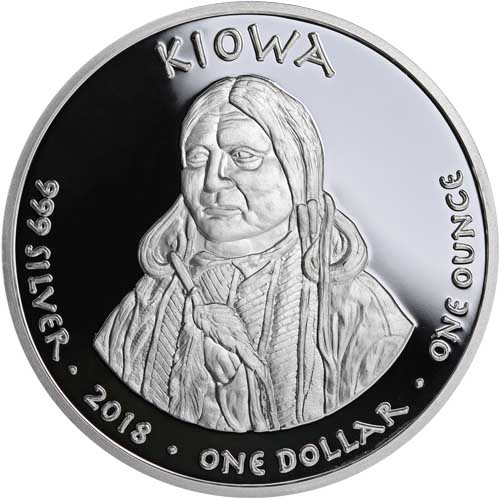 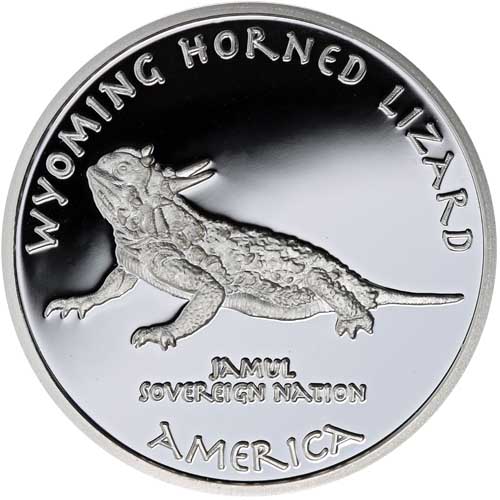 The Native American Mints Proof Silver Coin series representing various Native American tribes throughout the continent has proven one of the more popular proof series available right now. These coins are made available in limited mintage figures with a new obverse and reverse design for each release. The 2018 1 oz Proof Wyoming Kiowa Horned Lizard Silver Coin is the latest release and is available to you now online from JM Bullion.

The Proof Native American Silver Dollar Coin series is truly remarkable. This vast series has a strict guideline for its representation of native tribes throughout the North American continent. With each new design release, a new tribe is featured with imagery representing both the tribe, the state of their historical residential range, and a notable local wildlife species.

These coins have been in production since 2015, and the Proof Silver Dollars have a face value of One Dollar issued by the tribe represented on the coin. However, the United States Mint is the only mint in the country authorized to strike legal tender coinage, meaning the coins have no legal tender status in the US economy.

With an estimated 12,000 members in the United States, the Kiowa Tribe currently resides in Oklahoma. However, this is merely where the tribe was forcibly removed during the late 19th century. Historically speaking, the Kiowa tribal people emerged as a distinct ethnic grouping in the Northern Missouri River Basin, establishing a home in the Black Hills region of present-day South Dakota and Wyoming around the year 1650.

On the obverse of the 2018 1 oz Proof Wyoming Kiowa Horned Lizard Silver Coin youll find the image of a tribal member of the Kiowa Tribe. The Kiowa people are believed to have emerged after their prehistory period as a separate group from the Amerindian nations, eventually becoming well known as fierce warriors compared to their more agricultural ethnic relatives.

We encourage you to contact JM Bullion with questions. Our customer service team is available at 800-276-6508, online using our live chat, and via our email address. Check our website throughout the day for the current price of silver per ounce!