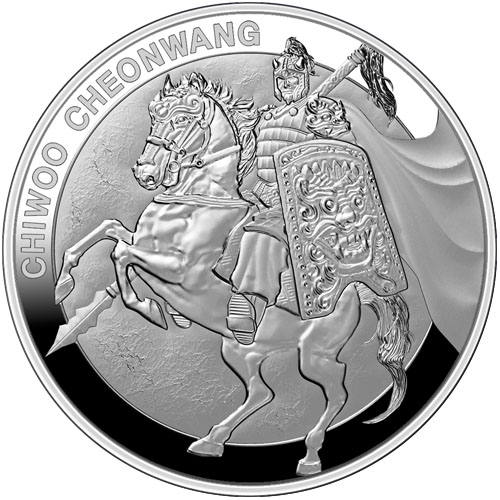 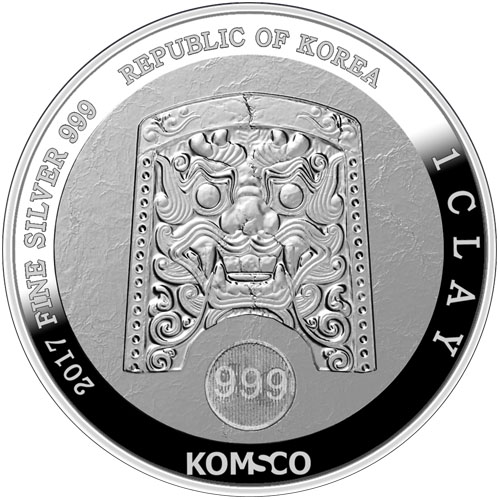 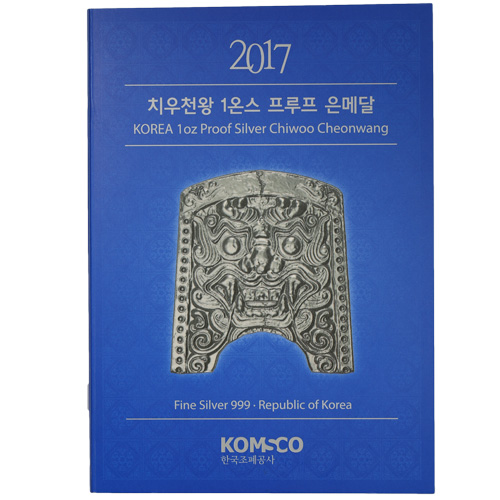 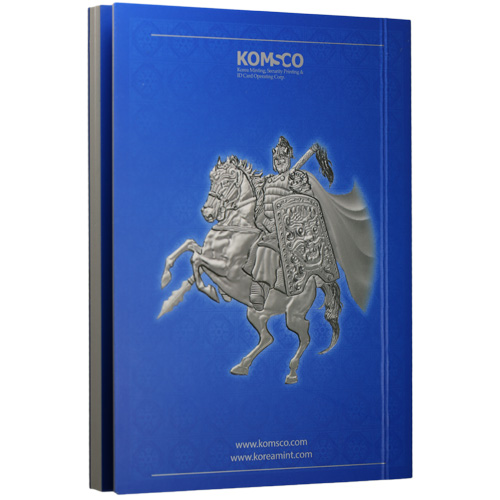 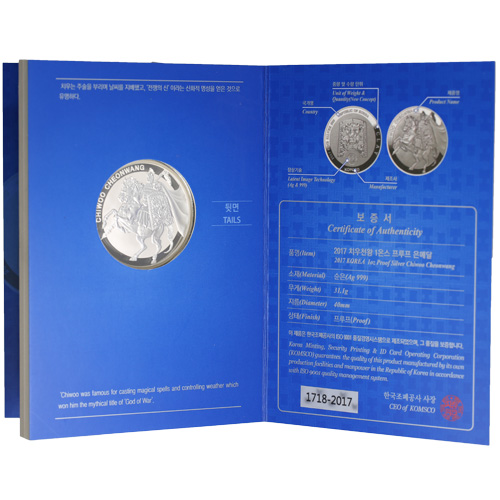 Chiwoo Cheonwang is largely remembered today as a deity; specifically the God of War. Chiwoo was, in reality, the leader of the Nine Li tribe of ancient China. As a tribal leader and fearsome warrior, he is remembered as one of the founding fathers of China. However, his exploits on the field of battle were so legendary that mythical powers were credited to his accomplishments over the course of time.

Among the many wild aspects of Chiwoo were legends that he had horns, six arms, and four eyes. He is said to have been able to summon great storms to frighten his foes on the field of battle and breathe dense fog to obscure visibility.

On the obverse of the 2017 1 oz Proof South Korean Silver Chiwoo Cheonwang is the image of Chiwoo as he sits on the back of his war horse. In his right hand is a long spear, while his left holds a massive shield to protect him in battle. The lone engraving is found to the upper-left of the design and bears only Chiwoos name.

The reverse of all Proof Silver Chiwoo Cheonwangs includes the image of his battle shield. Upon the face of his shield is a depiction of Do ggae bi, a fearful spirit whose frightening appearance was used by Koreans to hang in or around their home to ward off other evil spirits.

All Chiwoo Cheonwang products are designed and struck by KOMSCO, the government-owned company and mint of the Republic of Korea. Opened in 1951, it serves the South Korean government with coinage, paper money, and government document production.