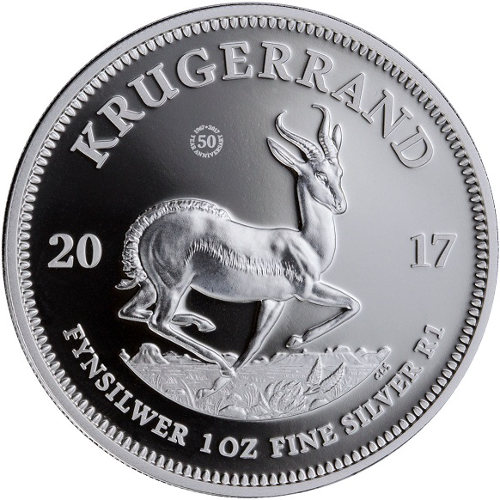 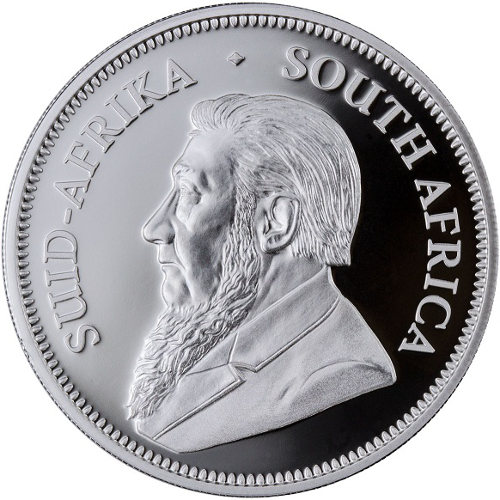 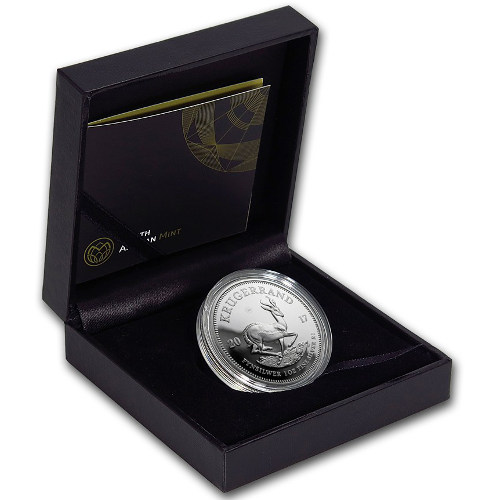 When it comes to the release of proof coinage, there is rarely a release more popular than the first-ever striking. For example, the American Silver Eagle proof coin has been around for 31 years as of 2017 and never outsold its original 1986 mintage of 1.4 million coins. The all-new South African Silver Krugerrand Proof coin is now available, and its sure to sell out quick! Right now, the 2017 1 oz Proof South African Silver Krugerrand Coin is available to purchase online from JM Bullion.

Each 2017 1 oz Proof South African Silver Krugerrand Coin in this product listing is available to you inside of a beautiful black display box from the South African Mint, with the coin itself encapsulated inside of protective plastic. A numbered Certificate of Authenticity is included along with your purchase.

These 2017 Silver Krugerrand coins are part of the 50th anniversary celebration of the Krugerrands introduction as a gold bullion coin in 1967. The Silver Krugerrands are available to those buying silver in bullion and proof, with these proof coins featuring extremely low mintage figures and a special marking on the reverse.

Above the image of the Springbok Antelope on the reverse youll find a small circle in the midst of the design field. The circle contains the number 50 in the center, with 1967 2017 engraved above and the word Anniversary below.

On the reverse of all South African Silver Krugerrand coins is the image of a Springbok antelope. Both sides of the coin have engravings in both English and the native Afrikaans spoken by tribes and ethnic groups in South Africa. The designs on the modern obverse and reverse were refined in 1984, with Otto Schultz revitalizing Kruger’s portrait and Coert Steynberg reimagining the Springbok antelope.

The obverse of the Silver Krugerrand features the left-profile portrait of Paul Kruger. Known as Stephanus Johannes Paulus Kruger, he was the most dominant political and military figure of 19th-century South Africa. He led the Boer cause for a free and independent South African republic, even serving as the third president from 1883 to 1900.

If you have any questions, please feel free to contact JM Bullion at 800-276-6508. You can also connect with us online using our live chat and email features.