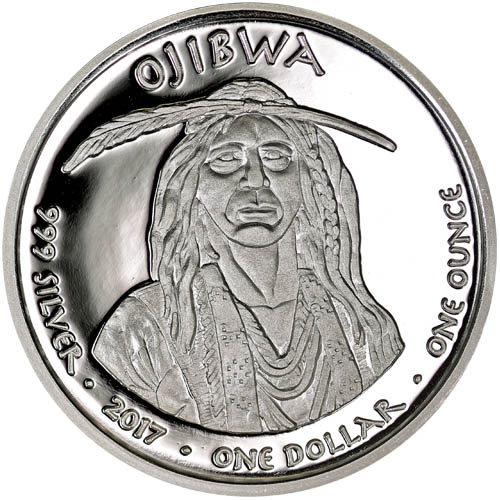 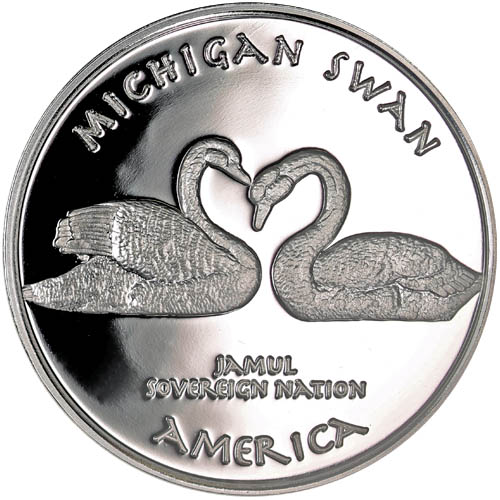 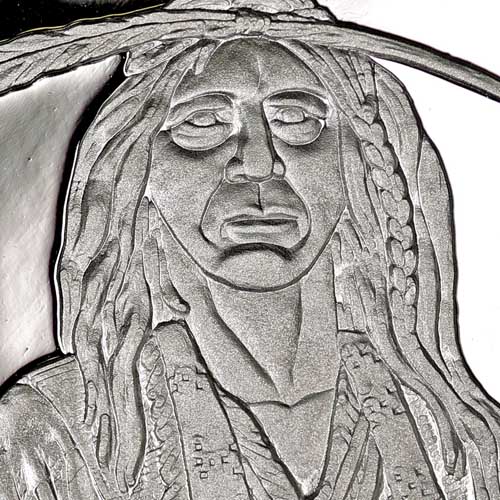 The Native American Proof Dollar Series of silver coins from the Native American Mint is one of the most ambitious silver programs in production today. The series features a different obverse and reverse coin designs with each released designed to reflect a different Native American tribe, historic tribal land in a modern US state, and a creature from the region known to be significant to that tribe. Right now, 2017 1 oz Proof Michigan Ojibwa Swan Silver Coins are available to purchase online from JM Bullion.

Each beautiful silver coin for sale in the Native American Proof Dollar Series has a stunning satin finish, which delivers the visual effective of mirrored beauty to the coins overall appearance.

The Ojibwa, also known as the Ojibwe or Chippewa, are part of the Anishinaabeg group of indigenous people in North America. Found throughout Canada and the United States prior to European colonization of the continent, today the Ojibwa number 170,742 in the United States and are the second-largest First Nations population in Canada.

On the obverse of the 2017 1 oz Proof Michigan Ojibwa Swan Silver Coin is the image of a native tribal member from the Ojibwa nation. The Ojibwa of the United States were historically found in Michigan, Wisconsin, Minnesota, and North Dakota. In the US, Ojibwa are the fourth-largest tribe behind the Navajo, Cherokee, and Lakota-Dakota-Nakota peoples.

The reverse of the Proof Michigan Ojibwa Swan Coin features the image of a swan. These birds are part of the family Anatidae within the genus of Cygnus. They are close relatives of geese and ducks, and live in closely knit families. The species tend to mate for life, though it is said that swans are known to divorce from their mate as a result of nesting failure in many cases.

The Native American Mint strikes these coins with a face value, but it is critical to note that these coins have no legal tender status under the Constitution of the United States of America. Only the federal government and US Mint have the power to issue official legal tender currency in the US.

If you have any questions, please contact JM Bullion. Our customer service team is available to you on the phone at 800-276-6508, online using our live chat, and via our email address.