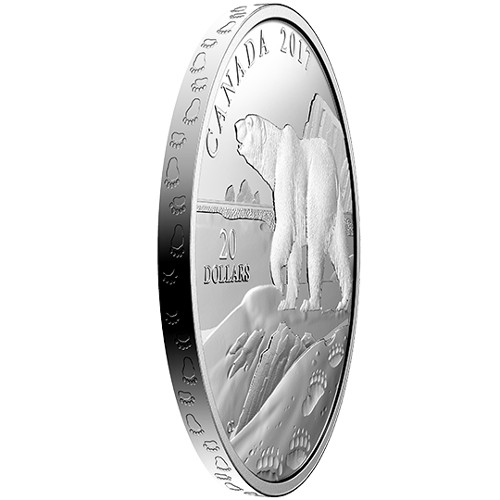 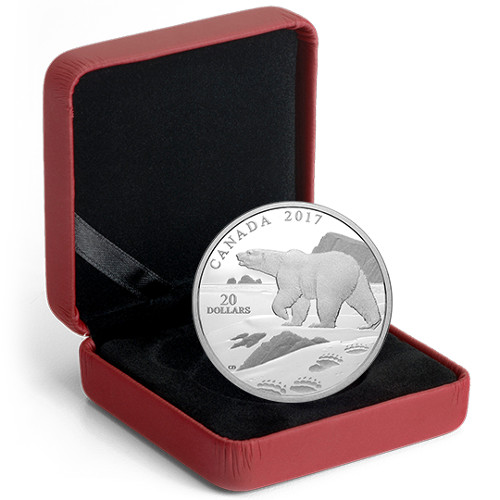 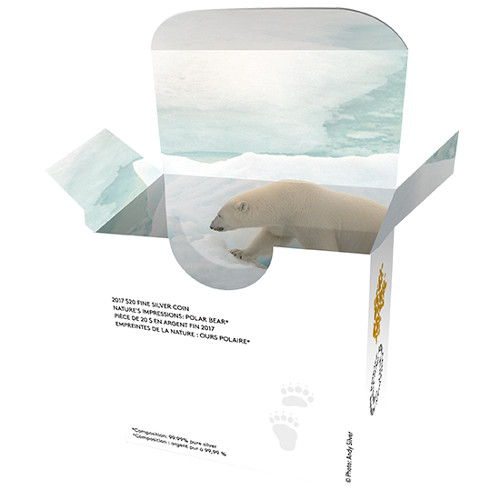 Ursus maritimus, better known as the Polar Bear, is the largest bear species in the world next to the grizzly bear, and is found predominantly in the Arctic Circle regions of Russia, Canada, and the United States. The creature is captured brilliantly on a new silver proof coin from the Royal Canadian Mint. Today, the 2017 1 oz Proof Canadian Silver Natures Impressions: Polar Bear Coin is available to purchase from JM Bullion.

The polar bear is an iconic symbol of the True North in Canada. This bear species lives in some of the most inhospitable climates in the world, calling the chilly Arctic Circle its home. Polar bears have a unique shape among their species, with rounded hindquarters and a pointed head at the nose.

All 2017 1 oz Proof Canadian Silver Natures Impressions: Polar Bear Coins are part of a wider collection that features animal prints engraved along the edge of the coin in a continuous pattern. Each is enhanced with various finishing techniques and precision engraving that captures the polar bears iconic physical features and its habitat in amazing detail.

On the obverse of the 2017 1 oz Proof Canadian Silver Natures Impressions: Polar Bear Coin is the image of Queen Elizabeth II. The longest reigning monarch in British, and now world history, she has been on the throne of England since 1952. This currently used image came from Susanna Blunt in 2003, and began appearing on Canadian coinage in 2004.

The reverse of all 2017 1 oz Proof Canadian Silver Natures Impressions: Polar Bear Coins features the image of a massive polar bear as it walks along the polar ice sheets of the Arctic Circle. The polar bear is North Americas largest land carnivore, and youll notice its massive paw prints on the reverse face of these coins.

All 2017 1 oz Proof Canadian Silver Natures Impressions: Polar Bear Coins in this collection ship to you in a maroon clamshell from the Royal Canadian Mint for beautiful, protective display. The box ships inside of a custom beauty box that includes colorized artwork depicting the polar bear.

Please direct your questions to a JM Bullion customer service associate on the phone at 800-276-6508. You can also reach out to us on the web using our live web chat and email services.