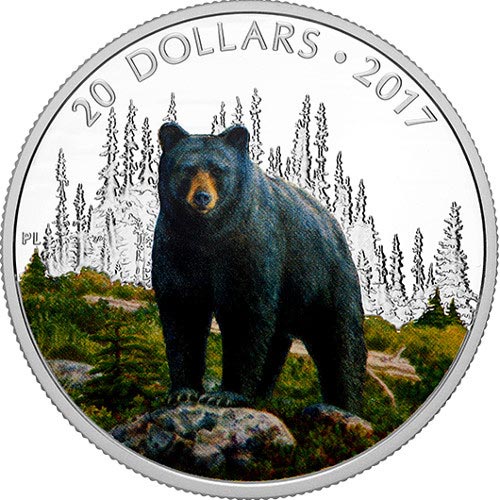 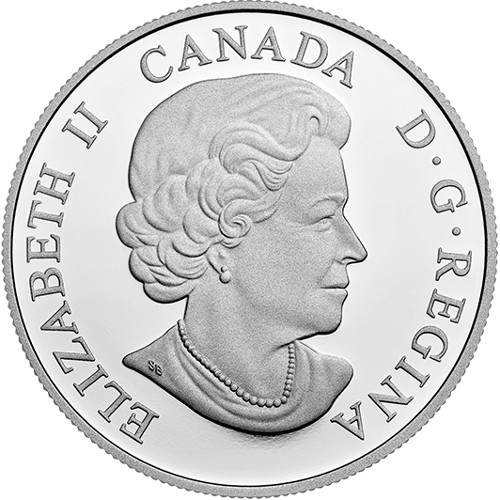 The Black Bear is one of the largest land mammals in North America, surpassed in size and might only by the Grizzly Bear and Polar Bear. Among the First Nations of Canada, the Black Bear was a creature of myth and legend, and its image is captured brilliantly on a new colorized silver coin from the Royal Canadian Mint. Right now, the 2017 1 oz Proof Canadian Silver Majestic Animal Series Bold Black Bear coin is available from JM Bullion.

The First Nation tribes of Canada viewed the black bear, Ursus americanus, as a creature of myth and legend. It was viewed as a powerful symbol of knowledge and might, and known to be a curious explorer. Like many other species of bear, the black bear is said to be easily emboldened by an empty stomach, and not one to shy away from human interactions.

Each 2016 1 oz Proof Canadian Silver Majestic Animal Series Bold Black Bear design comes from Pierre Leduc, a famed artist and engraver who has worked with the Royal Canadian Mint on several other wildlife-themed designs in the past.

On the reverse of the Bold Black Bear coin youll find Leducs colorized finish of Ursus americanus. The design on this side is remarkably engraved against the forest in the background, with a high level of detail and beautiful color. The black bear is depicted standing on all four legs, with a three-quarter profile view displaying its muscular bulk.

The Royal Canadian Mint is the sovereign mint of Canada, and was founded in 1908 to give the country the capacity to mint its own coins rather than rely on Britains Royal Mint. One of the first tasks of the Royal Canadian Mint was to refine gold and silver from the late-19th century gold rush in the Yukon Territories.

If you have any questions, please dont hesitate to ask. JM Bullion associates are available on the phone at 800-276-6508. You can also connect with us online through our live web chat and email features.